A household name as a popular TVB news anchor in the 1990s, Jo Ngai attracted loyal followings among local audience with her polished and presentable image. In her current capacity as executive director of The Nonsensemakers, she continues to win applause from audiences. Her training in journalism, her initiation into drama, and the founding of her theatre troupe can all be traced back to the same origin—The Chinese University of Hong Kong.

Growing up in a grass-roots family, she and her three siblings have lived variously in squatter settlement, cubicle flats, and Government temporary housing. To support her family, Jo had initially planned to become an air stewardess after graduating from secondary school. But one day, out of the blue, her class teacher put away the textbook to share his personal memories of CUHK with the class. Jo was inspired and her desire for university life kindled. That also sealed her determination to enter CUHK.

After a year of burning midnight oil, her dream came true when, in 1985, she was admitted to the then Department of Journalism and Communication, and was affiliated with New Asia College. Energetic and outgoing, she joined the College’s Drama Club and CUHK Drama Society, starting with moving props backstage, sewing costumes, and doing stage make-up. In the second year, she played bit parts and, by the fourth year, she finally got her first lead role in the musical Twilight Fantasies.

‘After trying my hand at all the different roles, ranging from lighting, make-up, costume, screenwriting to acting, I came to realize the diversified nature of the theatre as an art form. It requires combining the passion and wisdom of dozens of people on stage and backstage to give the audience a two-hour extravaganza. This is right up my alley.’

Throughout Jo’s four-year campus life, drama was virtually her second major. In one particularly over-the-top instance, to prepare for a poignant scene as a heroine searching for her family in the dark hours, she went along with the choreographer’s suggestion to go to the open space outside Sir Run Run Shaw Hall in the middle of the night. Without a soul around, she rehearsed singing and dancing under the dim light from the street lamp to get a firmer grasp of the emotions. ‘Pretty romantic, wasn’t it?’ she said with a nostalgic look on her face.

To keep their passion for the theatre alive after graduation, she and a few like-minded fellow students joined hands to set up the theatre troupe The Nonsensemakers. Despite the hectic schedule of journalism and news anchoring, she managed to squeeze rehearsals in during her free time. After 15 years in the news business, she left to join the Airport Authority as a PR professional in 2005, and was promoted to senior communications manager within six years. ‘But I was on call round the clock. Basically I was required to give my full attention to the job with little time for anything else. I had to keep an eye on my phone even during rehearsals.’

Finally, in 2011, between the plush position and the theatre, she chose the latter. ‘At that stage in my life, I asked myself what I should focus on for the rest of my life so that I would have no regrets.’ When she held up a script in her left hand and a corporate annual report in her right hand to compare the two options, the answer was clear.

Notwithstanding her courage to pursue her dream full-time, she took a hammering from harsh realities. The Nonsensemakers went through ups and considerable downs, once enduring a losing streak at the box office, leaving the troupe penniless. Subject to forced eviction from a studio at another time, the entire renovation cost of over $100,000 just went down the drain. Now that the difficulties have been overcome, The Nonsensemakers is quite well established as a professional theatre troupe boasting a 3,000-square-foot studio, several full-time staff members, and six to seven productions annually at its peak. Travel with Mom, a drama co-starring Jo and artistic director Rensen Chan, who is also her husband and best partner, tells the story about a 74-year-old man going on a tricycle journey with his 99-year-old mother to Tibet to fulfil her travel wish. The drama has been on a world tour and performed for the 11th time.

Four years ago, the troupe established ‘Hand in Hand Capable Theatre’ to make a statement upfront that ‘Nobody is Perfect but Everybody Can Do It’. It aims to create an all-inclusive community by enabling the visually impaired, hearing-disabled, the physically challenged, the ex-mentally ill, and able-bodied people alike to receive drama training and take part in public performances.

For Jo, drama is not just a means to satisfy her personal interest or artistic leanings. More importantly, as a powerful medium, it can touch the hearts of the audience by communicating a message. ‘Watching a drama performance is different from watching TV. You can divide your attention or stop any time you want during a TV programme. But drama audience are confined with the actors within the four walls of the theatre and have to sit through the entire performance. They have to make full use of their senses to feel the moment as best they can. By concentrating on getting my message, they can awaken within themselves certain primeval feelings or catch a glimpse of the possibilities in life that have never occurred to them.’

Candid and light-hearted, Jo Ngai spoke eloquently during this interview, in stark contrast to her former image as a solemn news anchor. What remains unchanged is her sense of mission to communicate something of value and her cast-iron resolve to play every role in her life script to the best of her ability.

This article was originally published on CUHK Website in Dec 2017. 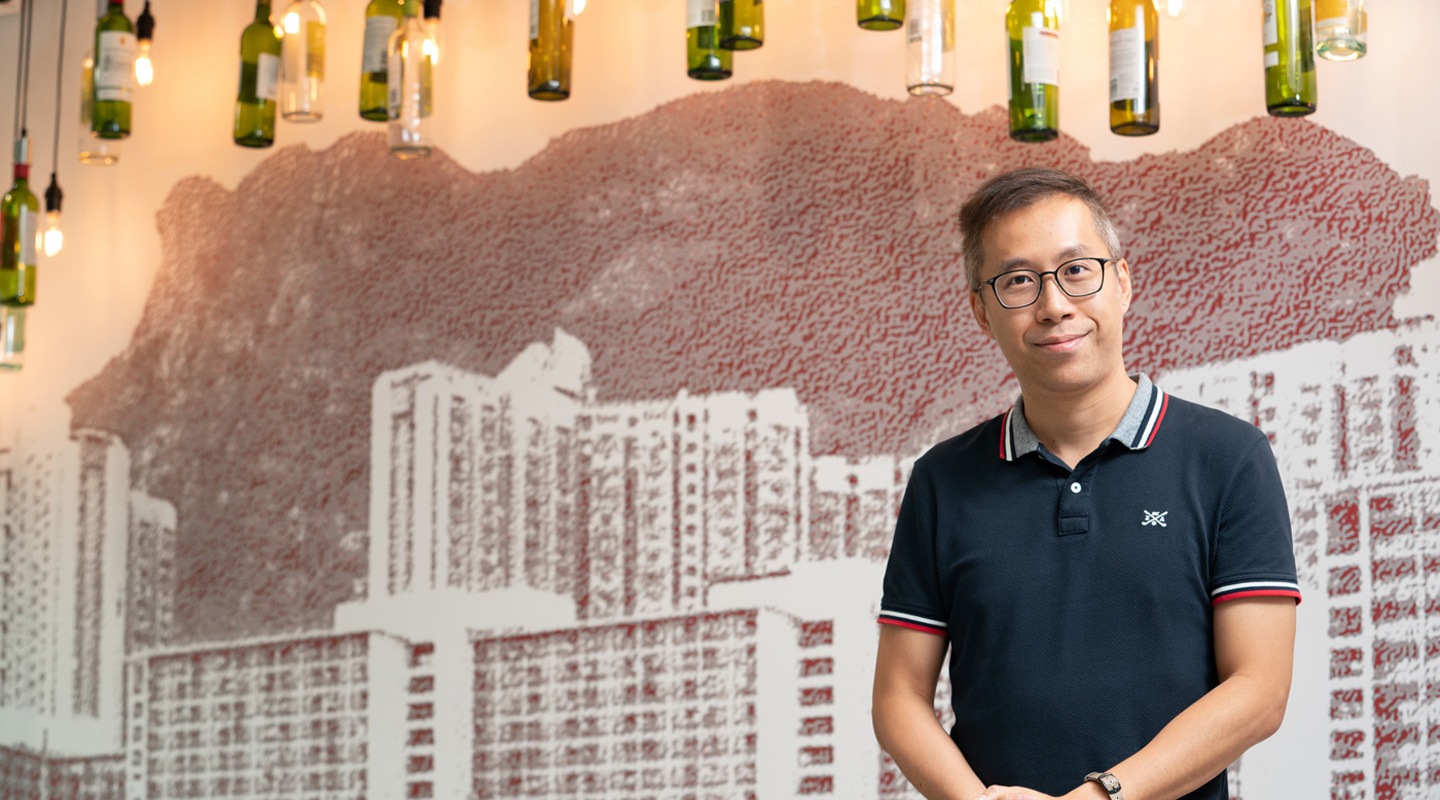 Bidding Farewell to ‘Nine to Five’

Akina Fong, journalism alumna and formerly newscaster of TVB News, talks on the new chapter in her life as a full-time freelancer.