Words from a Seasoned Bird-watcher

Prof. Lam Chiu-ying shares the best spots and time for bird-watching on campus, and how the hobby may heal one's mind and soul.

Known for its green campus, CUHK does not only fascinate with the lushness of vegetation, but also with the great number and diverse species of birds. Birds can be found everywhere here, if only you'd slow down and look up from your mobile phone. Prof. Lam Chiu-ying, a bird-watcher of over 40 years and adjunct professor of the Department of Geography and Resource Management, shares tips for bird-watching on campus.

Professor Lam was president of the Hong Kong Bird Watching Society for many years, and is now its honorary president. As a passionate bird and bird-watching lover, he's travelled the world in search of birds. He said, 'You can watch birds everywhere on campus if you don't insist on looking for rare species. Places with a varied ecology tend to have a larger array of species. The best route for bird-watching on campus begins at the University MTR Station, and winds past the Couplet of the original Chung Chi Gate, a cobbled path, the water gate, Lake Ad Excellentiam, to end at the Ho Tim Building. The trees, shrubs, bushes and the pond are home to over 20 bird species.'

So what kinds of birds? Professor Lam named a few off-hand, 'The colourful common kingfishers love the area around the water gate. I saw seven or eight black-crowned night herons standing on trees near the Yasumoto International Academic Park. Little egrets, white wagtails, and common magpies like to stroll on the field next to the Lingnan Stadium. Collared crows, spotted doves, black-collared starlings, Eurasian tree sparrows hang out near Lake Ad Excellentiam. You can also find black kites or even crested serpent eagles looking skyward.'

And of course, the University Library is home to Hong Kong's largest house swift colony. In the morning, it's not difficult to spot the birds feeding their young.

Autumn to Spring Best for Bird-watching

Autumn is here and so are migratory birds. Professor Lam said the best season for bird-watching has just begun. And apparently, the idiom 'The early bird catches the worm' is true. 'Birds look for food after sunrise. So, you can see more birds from 7 a.m. to 8 a.m. than at any other time in the day. Evening is also suitable for bird-watching as some birds hunt again to avoid going hungry during the long night,' he said, 'After hunting, they stay in woods to rest. Only humans are stupid enough to work when they are full.'

Professor Lam remarked that bird-watching isn't only about the eyes; we have to adjust our mentality in order to be able to spot birds. 'We have to treat birds as our friends and equals, and thank them for allowing us to watch them.

'We should relax while being alert, use our hearts rather than eyes, listen for bird song and bird call, and try to detect tiny movements of living organisms around us. Then we should trace our observations to the birds, and finally, pick up our binoculars. It's wrong to use binoculars from the start because they limit our vision.'

He added that bird-watching can be done with the naked eye. In general, a pair of 10x magnification twin-tube binoculars would suffice for observing the form and behaviour of birds on campus.

Connection Between Birds and Humans

Is it true that bird-watchers should avoid colourful clothes as bright colours scare the birds away? Professor Lam said, 'Not exactly. That said, birds are very sensitive to movement and flee quickly. If you wear brightly coloured clothes, they may avoid you.' He stressed that the most important code of bird-watching is to respect the birds. Never disturb their activities and living environment. Don't attempt to clear the barriers protecting the nests to take a better look. 'We should stay quiet and leave after watching for a while. Don't make any noise even if you don't see birds.'

The veteran bird-watcher said that his favourite activity is also extremely rewarding. 'Walking among greenery is a pleasant experience that cures one of "nature-deficit disorders". Beginners are not able to identify the different species. They have to record the form and characteristics in order to look them up in books, before going back to watch again. Repeats in observation and research is a process of learning that'll lead to new discoveries. Furthermore, one has to observe very carefully in order to identify bird species and their characteristics. This improves one's observation skills, and is especially beneficial for children.'

Professor Lam's face lights up when he's talking about bird-watching. It just goes to show how enjoyable the activity can be for some. He said that bird-watching in its most sublime form is when you and the bird stare into each other's eyes in mutual observation and appreciation, and when you take yourself for a bird for a brief moment.' Obviously not easy, but never mind. Let's just start by admiring the beauty of the birds on our campus.

This article was originally published in No. 464, Newsletter in Oct 2015. 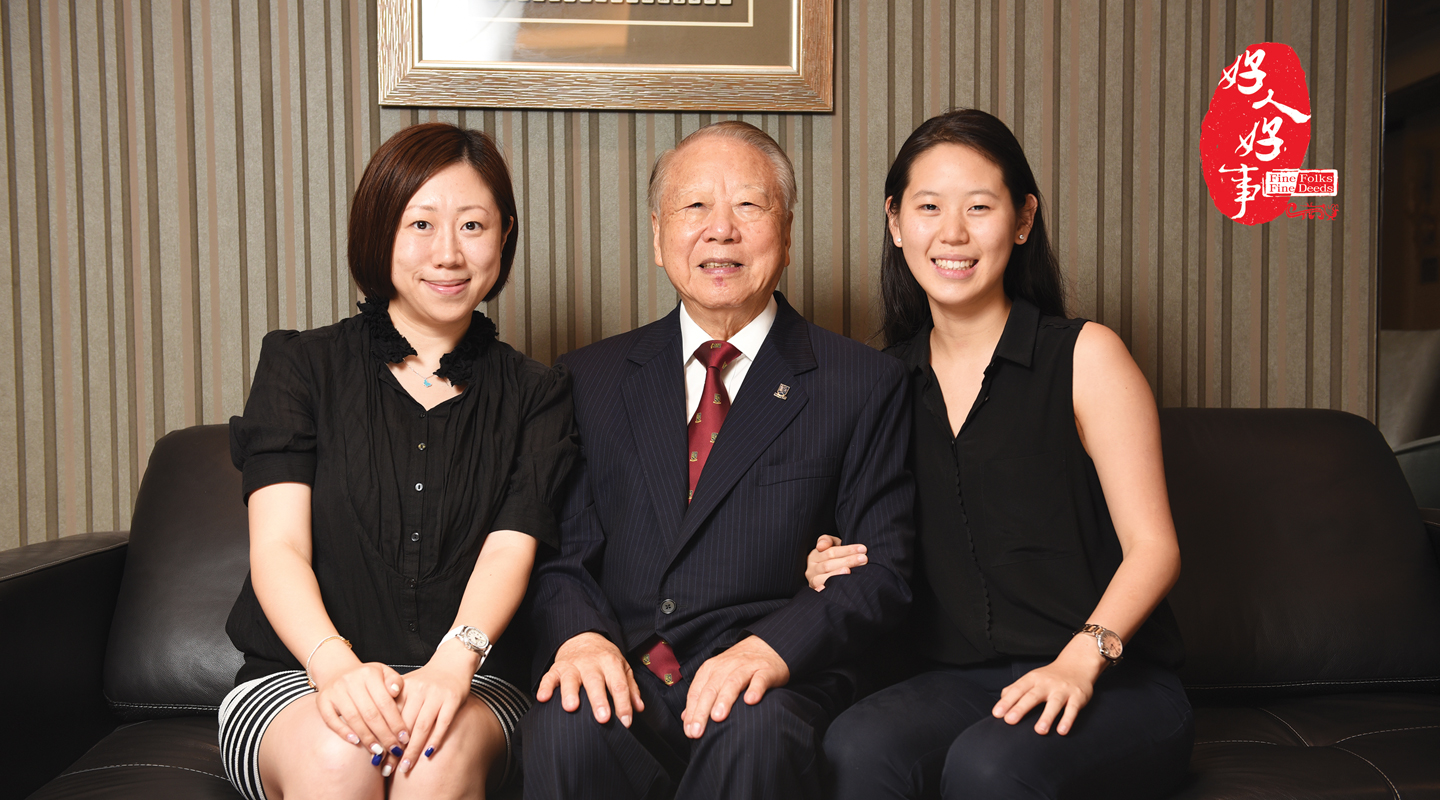 The patron of Lee Woo Sing College relates his early years in Shanghai and Hong Kong, and the principles and virtues that he has lived by.

Getting to Grips with the “Fuzzy” World: A CUHK geographer provides mathematical solutions to complex, vague problems
The Mysterious Case of Combating Pollution in China