Enriching our Education with Anthropology

Prof. Gordon Mathews and some of the students talk on their rhyme and reasons for engaging in anthropological studies at CUHK, the only local university that runs an anthropology department.

The plight of Syrian refugees in Europe shows how easily ethnicity and religion can become deep-running political fault lines. In a world rife with ethnic tensions, of which Hong Kong has its own share, there is a real need to assign more importance to cultural awareness in education. The mention of culture naturally takes us to anthropology, and the Newsletter talked to Prof. Gordon Mathews, head of the Department of Anthropology, and its students on the role of anthropological training in their personal growth.

Etymologically, the word ‘anthropology’ can be traced to the Greek word ‘anthropos’, meaning humans. The main thrust of anthropological enquiry is the search for the many facets of human experience. The fact that many human cultures have existed across time and space makes futile any attempt to come up with a definitive description of humanness, and that explains the untenability of categorical cultural stereotypes. One reason why cultures are difficult to define is that they are mixed with many other variables, as pointed out by Professor Mathews.

‘The role of anthropology is to show the complexity of culture; culture interweaves with biology, environment, economics, religion, political structures and so on.’ Commenting on the characteristics of anthropology, Professor Mathews stressed the pivotal role played by ethnography and participant observation, a research method commonly employed by anthropologists and ethnographers.

Both anthropology and participant observation are made famous by the many classic ethnographies on ethnic groups in off-the-beaten-track places such as the Amazonian rainforests and the African bush. The typical anthropologist in popular culture is one who, in khaki outfit, is engrossed in note-taking or interviewing. As a side note, there are even khaki jackets marketed as ‘anthropology jackets’.

Studying the modern world and re-examining one’s own community are also within the ambit of anthropological research. Professor Mathews has written books about Chungking Mansions and about meanings of life in Japan, among other subjects; his colleagues have written books about topics as diverse as Filipina entertainers in Korea and the politics and ethics of childrearing in China today. While the subject matters of their studies may differ, contemporary anthropologists share their predecessors’ goal of giving ordinary people, very often the marginalized, a voice.

Anthropology provides a vehicle for examining the many facets of life, which range from gender, religion, language, politics, economics, food, medicine, and material culture to rituals and symbols. For that reason, anthropology has much to offer to a broad education.

In the words of Liu Shuman, a second-year MPhil student, ‘anthropology gives us a chance to intellectually transcend the very life we are born into.’ Intrigued by the popularity of long-distance cycling between Sichuan and Tibet, Shuman embarked on fieldwork in the area, and during the three-month period cycled with a team of cyclists to Lhasa. That experience has proved invaluable to her research, and helped her realize how people are able to find meaning in a seemingly mundane life.

Shuman’s emphasis on fieldwork is shared by David Tong, formerly an undergraduate and currently an MPhil student of the department. His MPhil thesis focuses on insomnia in Hong Kong, in particular the impact of modern life on our idea about insomnia. His fieldwork took him to a sleep outpatient clinic in a local hospital where he worked with medical specialists and interviewed people having difficulty falling asleep.

When asked what it was in anthropology that most interested him, he said its interdisciplinary nature was most appealing.

‘As a student with a science background, I appreciate the opportunity to review what I learnt through a different perspective. Anthropology makes me a more observant and broad-minded person. The soft skills I have learnt are definitely useful for my future development,’ he said.

The soft skills mentioned by David－respect for other cultures, communication skills, and the collection, analysis and presentation of data－are part of an all-round education essential for both academic and professional development. Cecilia Tsui, a CUHK alumna, can vouch for the benefit of anthropological training to her work as the administrator of an NGO promoting multiculturalism in Kwai Chung.

‘My role is to help the locals and ethnic minorities living in this neighbourhood, mostly Pakistanis, to understand each other better. I avoid judging unfamiliar behaviour, recalling what I learnt in my anthropology lessons. I also act as a mediator between South Asian residents and social workers or government officials in their dealings.’

Cultural diversity does not gain much currency in Hong Kong, although we know full well the possible consequences of discrimination or even bigotry based on ethnicity. In spite of the odds facing her, Cecilia is glad to note that after two years of work, the locals are beginning to bear fewer grudges against their Pakistani neighbours.

Cecilia’s rewarding career shows that a background in anthropology is an asset for young people who wish to work in the public sector. On top of NGOs, anthropology graduates also found employment in research, teaching and administration, the hospitality industry, finance and banking, publishing, engineering, etc.

One of the basic tenets of anthropology is embracing diversity, a value of prime importance to a world where new technologies are liberating peoples from the boundaries of space but not the bridging of differences. Perhaps to really surmount the hurdles on the way to meaningful communication, there is almost nothing more effective than gaining first-hand experience or talking face-to-face. The only thing is you probably don’t have to wear a khaki shirt now; the passion to reach out is still a must though.

This article was originally published in No. 467, Newsletter in Nov 2015. 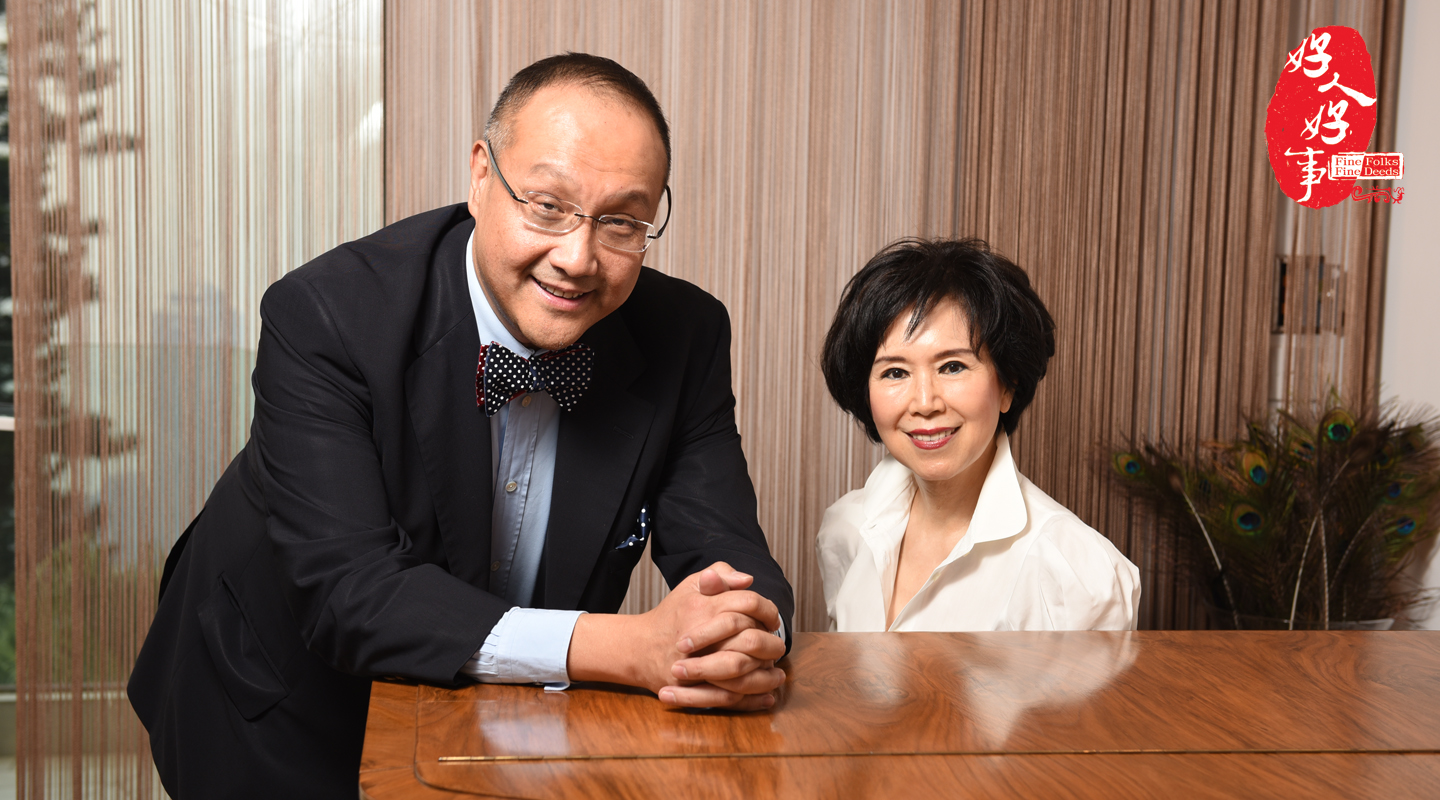 Principal patrons of Music Picnic share their passion for bringing fine music to young people in Hong Kong, and how they embrace I•CARE like an old friend 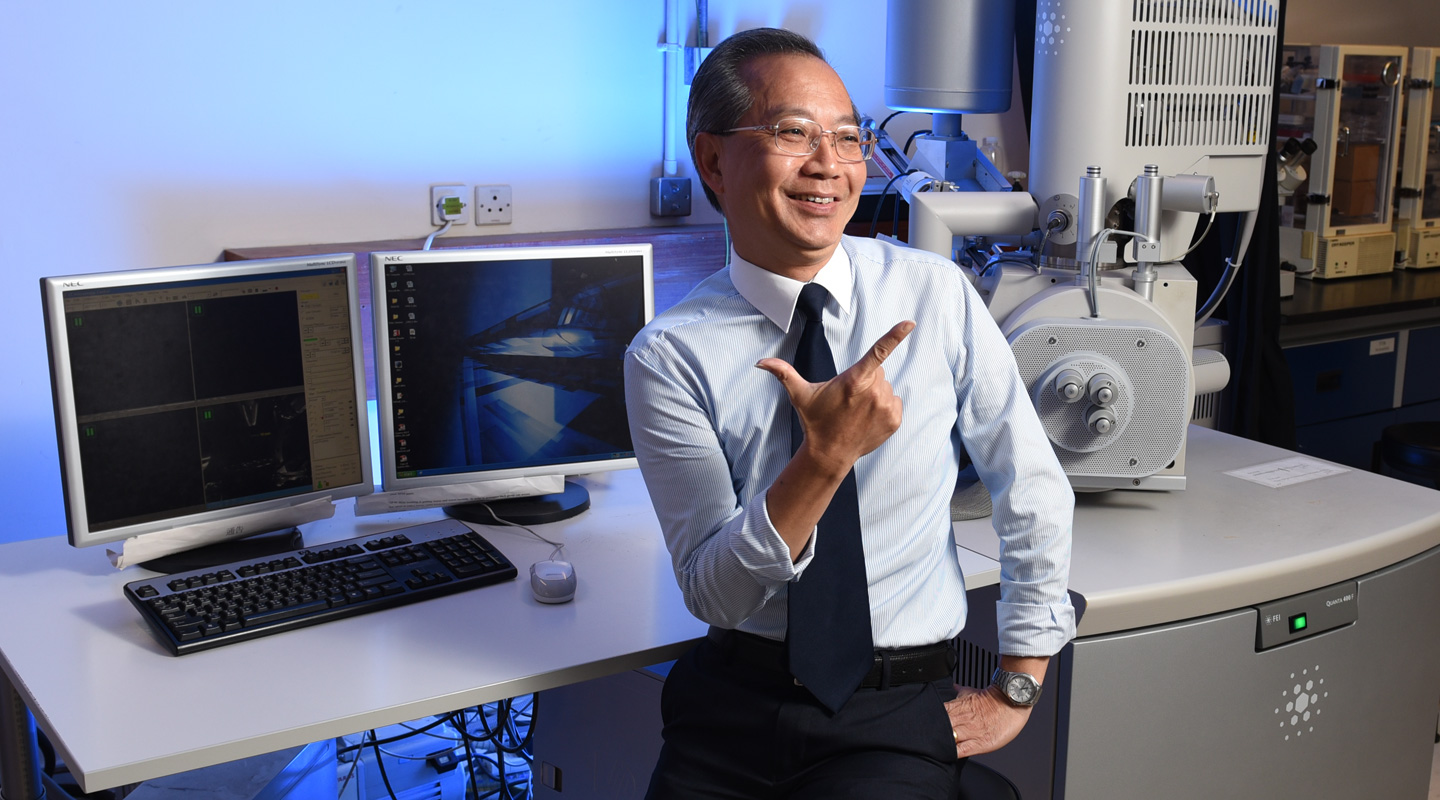 Prof. Dickon Ng, chairman of the physics department, expounds what makes Physics@CUHK strong and unique, why he appeared on TV to promote physics understanding, and ultimately his view of the best thing in life.

We Are What We Eat: A CUHK anthropologist's angle on foodways and crayfish
Translation as Performance Art