Bidding Farewell to ‘Nine to Five’

Akina Fong, journalism alumna and formerly newscaster of TVB News, talks on the new chapter in her life as a full-time freelancer.

I did not hold out much hope that Akina Fong would accept my invitation for an interview. Her Facebook page is loaded with posts about her freelance jobs commissioned by local and overseas organizations, covering radio and television broadcasting, advertising, charity, etc. To my surprise, she gave a positive answer to my email message, and suggested we communicate via WhatsApp.

Our interview was scheduled for 3:30 pm, soon after a recording session for her two-hour programme on health. Without a trace of fatigue, Akina is apparently cut out for her job as host of a radio programme on health. She politely asked if the interview could be done within an hour, for she still had to write an article for her newspaper column and meet a fashion designer over costume sponsorship.

Akina, formerly newscaster of TVB News, resigned from her position as senior press information officer of the ICAC and is now a freelancer. She admits that her decision to switch to freelancing was a risky one.

Her first freelance job was to give a talk on crisis management at a secondary school.

It is a fantasy now to hope to commission Akina for freelance work at that rate.

She is the most versatile emcee and radio or television host I have ever come across, handling topics that range from finance, technology, and cosmetics to trends and style, film, and parenting. She makes a point of doing thorough research into unfamiliar topics.

‘To host a programme on real property, I would familiarize myself with the jargon of the trade, such as “plain water apartment” (an apartment without any fixtures and fittings) and “dark bathroom” (a windowless bathroom, not to be confused with a bathroom with walls painted black).’

When asked what kind of programmes she enjoys hosting most, she replies, ‘Programmes on cooking. But I am not that type of host who routinely exclaims, “Wow, this is yummy,” or “It tastes great”. ’ She speaks in a high-pitched voice, impersonating girlish presenters.

‘I want to develop my own style—intelligent cooking—that delves into the combination of ingredients and the chemistry involved.’

Her openness and seriousness have opened many doors for her, winning her the opportunities to appear in different media. She has also diversified into teaching at tertiary institutions. Last year, she returned to her alma mater and started teaching public relations at the School of Journalism and Communication at CUHK.

An extrovert in her own words, Akina enjoys working in unfamiliar settings outside Hong Kong. To deliver corporate training on integrity, Akina once travelled to eight cities in mainland China within two weeks.

‘I boarded 10 planes during those two weeks, meaning that I had to take a flight every day except over the weekends. I sometimes wonder if I am a masochist, for I take pleasure in hard work. I would return home feeling disoriented after a hectic day of work and can’t help asking, “How could a day have gone by in just a wink?”’

Her refusal to stay put is reflected in the new images she has boldly taken on recently. She was voted by Yahoo Hong Kong as one of the ‘Ten Personalities on the Internet in 2015’. There are good reasons for her newfound fame. She was the guest host of ‘TVMost’ run by 100Most magazine, and she also sang in a show parodying a musical awards presentation ceremony. Her performances received much praise from netizens.

‘I had doubts before the singing performance. Would I be out of tune? On second thoughts, I told myself, “Why fear? Just go for it!” Without this adventurous spirit, my career would not have taken me to the places where I’ve been.’

Are there any jobs that she would turn down?

‘I won’t accept jobs offered by money lenders and beauty parlours. I am aware of the impact of my work on society.’

She says she is still driven by the sense of commitment that a journalistic career inspired in her, and that she wants to use her fame to effect positive changes.

‘Many people think that being a celebrity is all about dressing up smartly to make a fortune. But the most important asset of public figures is their influence. Handled well, every job can convey a positive message. Life as a freelancer is free but the freedom is not unbridled. The boundaries are always self-imposed though.’

It takes courage to navigate the uncharted waters. Complemented by diligence and perseverance, Akina’s composure reminds me of the proverb ‘still waters run deep’. There is no doubt about that.

This article was originally published on CUHK Homepage in Jan 2016. 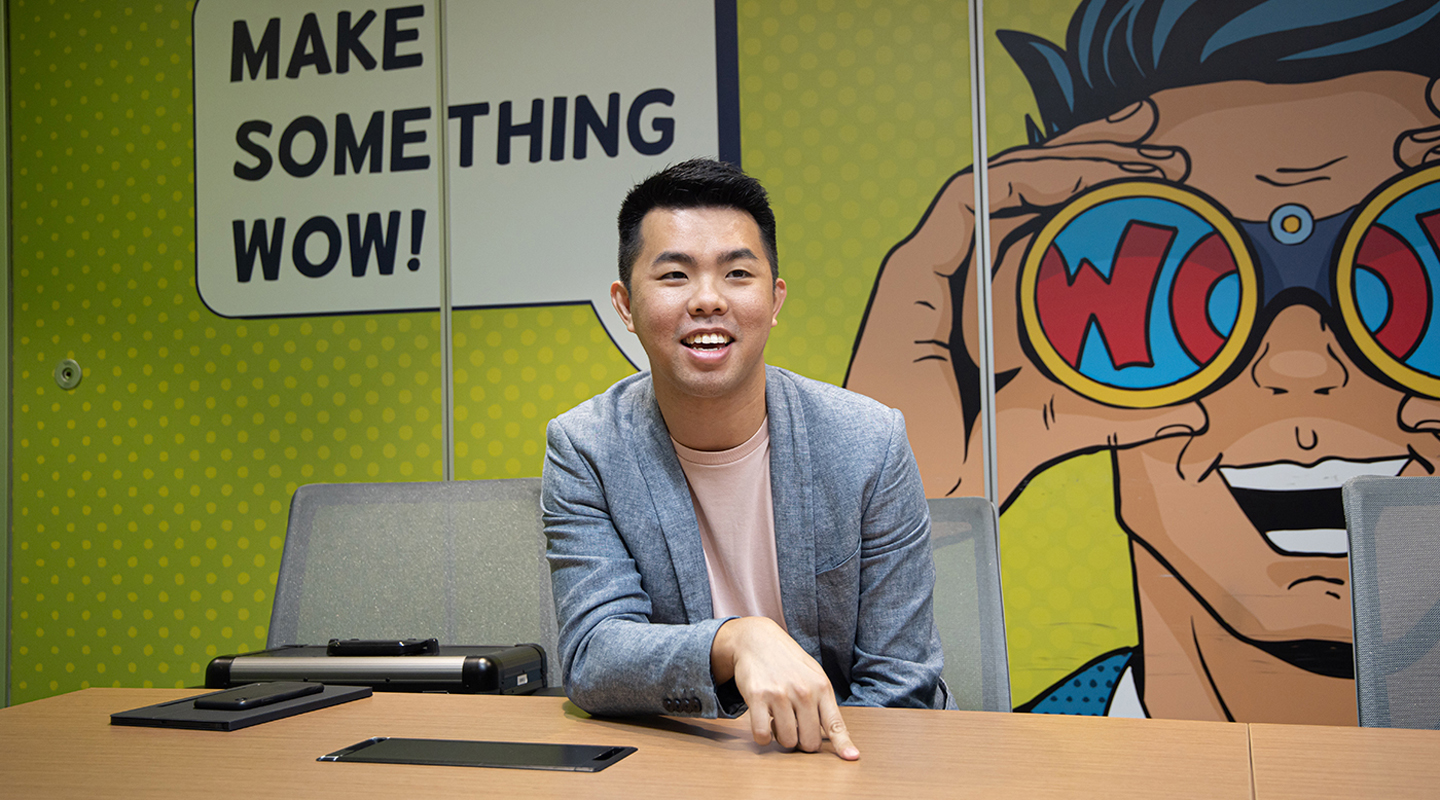