Why did you choose sociology as your major?

I grew up in the anti-Vietnam War years, the Paris student movement years, the Beatles and John Lennon years. Back then the whole wide world gave me food for thought. In my secondary school days, I already wrote and directed and acted in my own plays—plays that satirized the Keep Hong Kong Clean Campaign, exposed the exam pressures students faced, and depicted the plight of wonton-noodle-stall owners. In my scripts you will find the world seen through my own eyes. So drama is not an escape from reality but draws inspiration from social issues.

When I entered university, there was no drama department.So I picked what interested me the most, and that was sociology. But even in this day and age, apart from HKAPA, none of the higher education institutions in Hong Kong has a drama department. And that’s cause for reflection.

How did the story of The Mad Phoenix come about?

The creative idea was based on a news story about a lunatic in Castle Peak Hospital. It’s reported that the man was producing Cantonese opera performances for the hospital. I thought he’s terrific and, after interviewing people who knew him, I learned that he had once been a top student at HKU. He was super smart and knew the English Bible inside out. Rumour had it that, after going insane, he often reported to the police about losing a pair of shoes, each stolen by a different thief—the right one by Chiang Kai-shek and the left one by Mao Zedong. So he ended up with nowhere to go. Just imagine how interesting that was! That’s how I came to ask To Kwok-wai Raymond to write a story about him.

Does box office matter to you?

Very much. When the movie adapted from I Have a Date with Spring premiered, Raymond and I were very worried that no one would go to see it. He even went to a cinema and kept an eye on the people queueing up at the box office. When he spotted one who was about to go for another movie, he immediately took out his wallet and pleaded: ‘Allow me to pay for the ticket. But you’ve got to see I Have a Date with Spring!’

Ticket sales matter to us not because of the dollar sign. It’s because the greater your confidence in a job well done, the higher your hope for appreciation will be. In Hong Kong, nine times out of ten, you will lose money investing in theatre productions. But still the fools keep rushing in and they are such a lovely bunch. People keep saying the government should fund the arts. But I say, for artists who dedicate the flower of their youth to their arts, shouldn’t we show a little more respect and buy tickets for their performances as a form of support and encouragement?

Theatre-in-Education is promoted by Chung Ying Theatre Company to introduce the art of drama to primary and secondary schools. How did it all start?

I was once on a performance tour to secondary schools. The play was about bottom-of-the-class students. After the curtain fell, a student in the audience told me that he and some others were there simply because attendance was made compulsory by their teacher. In fact they were so unhappy that they showed up with the intention to boo us. However, as soon as the show began, when they saw the scene of a teacher scolding and calling a student useless, they were spellbound. They not only watched the entire play but also went on to form a drama society.

Many local students have no chance of getting to know anything about drama. So they get the impression that plays tend to be boring, full of melodrama and flowery speeches, and hard to understand. The objective of Theatre-in-Education is to raise public awareness and let the public see the true colours of theatre. By doing so, they will understand how a play can be used to speak one’s mind and tell one’s story.

Please tell us about The Drama of Climate Change, a collaborative project between Chung Ying and CUHK.

Premiered last year, The Drama of Climate Change went on a tour to 40 primary and secondary schools. The new play this year focuses on the theme of biodiversity and incorporates interactive elements to better engage the audience.

Over a decade ago, I had a conversation with Rebecca Lee, who couldn’t help shedding tears at the mention of melting ice caps and emaciated polar bears. It occurred to me that instead of running around promoting environmental protection, she might as well tell her stories on stage. The Drama of Climate Change is based on the same thinking. It’s meant to motivate the audience to look at environmental issues from an emotional point of view.

For collaborative drama projects, a theme-oriented approach is inevitable. How do you avoid compromising creativity?

That’s exactly the kind of thing to show just how good (or bad) you really are. It’s all very well for the theme to take precedence, but the question is do you have the ability to dig deeper and tell a captivating story? Environmental protection, anti-corruption, anti-smoking—all these topics can be quite boring if you hard sell the audience. The last thing the students need is a lecture. Even for a serious topic, you’ve still got to take an entertaining approach to give them room to think. Otherwise, you will only scare them away. 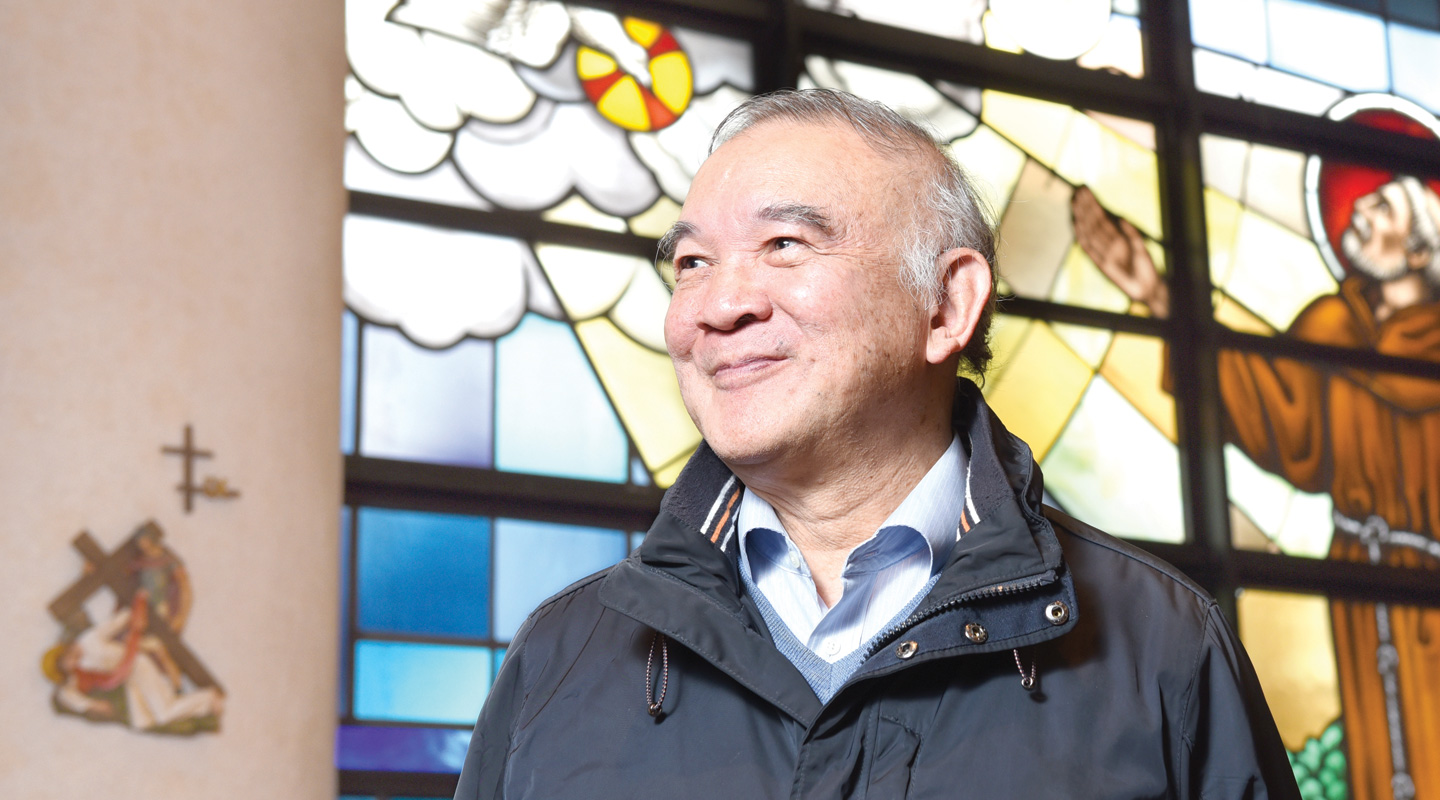