In late March our campus welcomed Spring back and played host to a series of cultural extravaganzas.

The Aura of Ink and Canvases

Celebrating its diamond jubilee, the Fine Arts Department heralded a cultural springtime. On 24 March, the exhibition ‘Enduring Presence: The Art of Professor Jao Tsung-i in the Collection of the Department of Fine Arts and Art Museum’ was unveiled. The painting and calligraphy exhibition are showcasing 45 paintings and calligraphic works, most of which have not been publicly displayed before.

Prof. Jao Tsung-i (above, left) celebrated his 100th birthday two years ago. He enjoys international renown and commands authority in a wide range of subjects that cover archaeology, Dunhuangology, oracle bones, stones and bronzes, The Songs of Chu, manuscripts on bamboo slips and silk, and Chinese poetry, painting and calligraphy. He is also a venerated painter and calligrapher. As early as 1952, he had begun teaching at New Asia College and concurrently at the Department of Fine Arts between 1975 and 1977. In his capacity as Honorary Professor since 1982, he has supervised many of the Department’s MPhil and PhD students. The Art Museum has also benefited from his valuable advice on many subjects.

The Legend and the Legendary

Dr. Pak Suet-sin (below, centre), chairwoman of the Yam Pak Charitable Foundation, came to the University Library on 27 March to grace the opening ceremony of the ‘Unveiling the Splendor of the Flower Princess: An Exhibition from CUHK Library’s Yam Pak Collection in Honour of Dr. Pak Suet Sin’s 90 Years’. The exhibition comprises part of the approximately 6,000 items of Cantonese operatic materials, such as opera stills, transcripts, photos and news clippings of the Sin Fung Ming Cantonese Opera Troupe, donated by the foundation. The collection has been digitalized for study and research by the University Library and the Department of Music, while the originals are kept at the Special Collections.

Dr. Pak and her long-term stage partner Yam Kim-fai founded the Sin Fung Ming Cantonese Opera Troupe in 1956. The Troupe dedicated itself to the reformation of Cantonese opera. Dr. Pak was herself both patron and leading performer alongside Yam Kim-fai. Some of their productions such as The Flower Princess, Purple Hairpin, Reincarnation of Lady Plum Blossom, and The Dream in the Peony Pavilion have since become part of the canon of Cantonese opera.

The exhibition was held in gratitude to Dr. Pak and the Yam Pak Charitable Foundation’s generous donation, and to celebrate the 90th birthday of the former. Among the exhibits, the Troupe’s clay-print libretti are considered the most valuable. A set of the Troupe’s stage stills capture precious stage moments and highlight to the visitors important milestones in Cantonese opera.

Endless Dream of the Red Chamber

The renowned writer Prof. Pai Hsien-yung once said, ‘Dream of the Red Chamber is my literature Bible and my cultural encyclopedia. I’m now 80, and I’ve been reading the book since my senior primary years. I’m inspired every time I read it. It’s the pinnacle of Chinese fiction.’ On 27 March, Professor Pai, Distinguished Visiting Scholar of S.H. Ho College, came to CUHK to conduct a public lecture, ‘Introduction to Dream of the Red Chamber’. Over 600 attendees of CUHK students, staff and alumni, secondary school students and the general public were drawn to the lecture.

Professor Pai explained Dream of the Red Chamber from its mythical structure, philosophical background, realist style, characterization and literary devices. The story revolves around the rise and fall of the aristocratic Jia family, and the major plot is the love triangle involving Jia Baoyu, Lin Daiyu and Xue Baochai. Professor Pai thought author Cao Xueqin’s characterization was particularly impressive. There are hundreds of characters but each one of them comes alive on the page. In the first chapter, Divine Luminescent Stone-in-Waiting (pre-incarnate Baoyu) watered the dying Crimson Pearl Herb with sweet dews from the Magic River at the foot of Greensickness Peak. The Herb was then vitalized to be a fairy (pre-incarnate Daiyu). The former was sent down to the mortal world, and Crimson Pearl Fairy followed him to repay him with tears shed in her mortal lifetime.

The most extraordinary aspect of the fiction, according to Professor Pai, is how the author has combined and resolved Confucianism, Buddhism and Daoism. In the last chapter, Baoyu, draped in a red felt cape, kneels in the snow to bid farewell to his father Jia Zheng before he converts to be a Buddhist monk. ‘Jia Zheng represents Confucianism, and Baoyu represents Buddhism and Taoism. Baoyu’s lack of ambition in civil services had incurred the displeasure of his father. Now Jia Zheng understands that Baoyu was destined to experience sufferings in the mortal world. The reconciliation between father and son is like a dialogue between Confucianism and Buddhism.’ He also thought the book groundbreaking in that its omniscient narrative viewpoint was a complete break from the hitherto convention of having a narrator who is himself a character in the fiction.

‘Dream of the Red Chamber helps me understand love, forgiveness and benevolence. It is the most important fiction in my life. I have never left Jia Baoyu in my life.’ Professor Pai had taught an introductory class on Dream of the Red Chamber for 29 years at the University of California. In 2014, he accepted the invitation of the National Taiwan University to teach the course and spent three semesters to help students appreciate Dream of the Red Chamber. He believes that classics leave great impact in students’ growth. ‘Ever since the May Fourth Movement, our education policy has favoured science over the humanities, resulting in the lack of cultural identity among the younger generations. China needs her own renaissance. Traditional culture nurtures our souls.’ 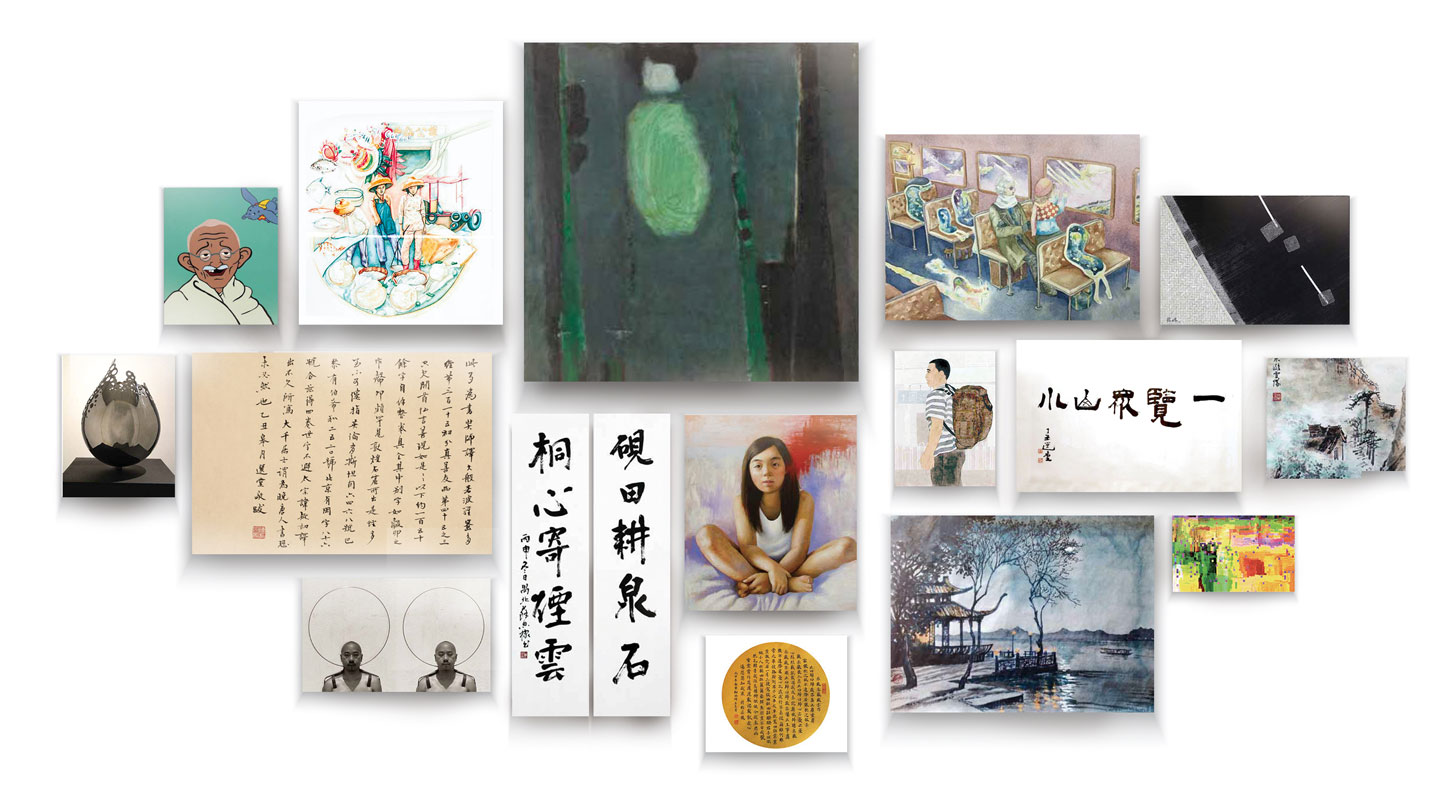 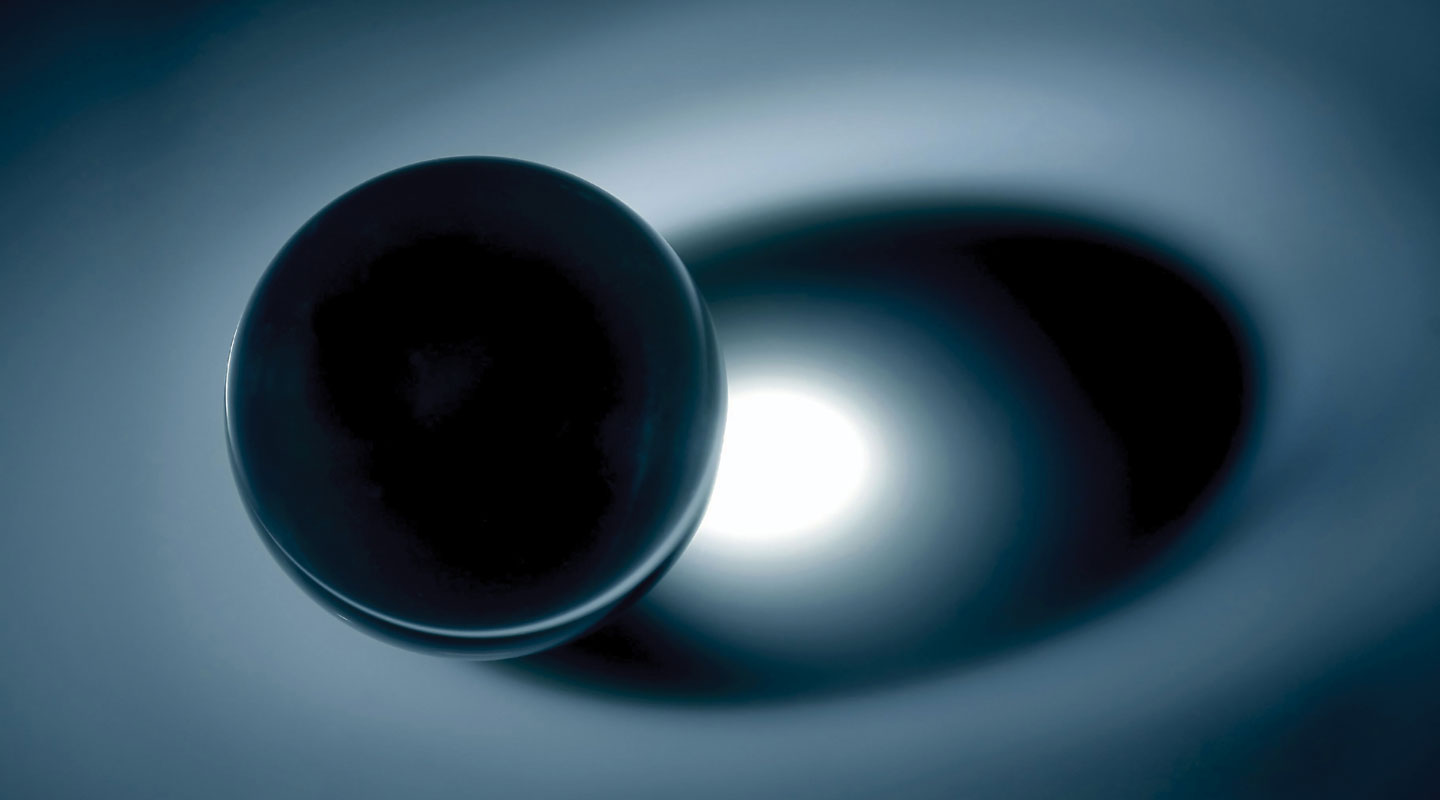 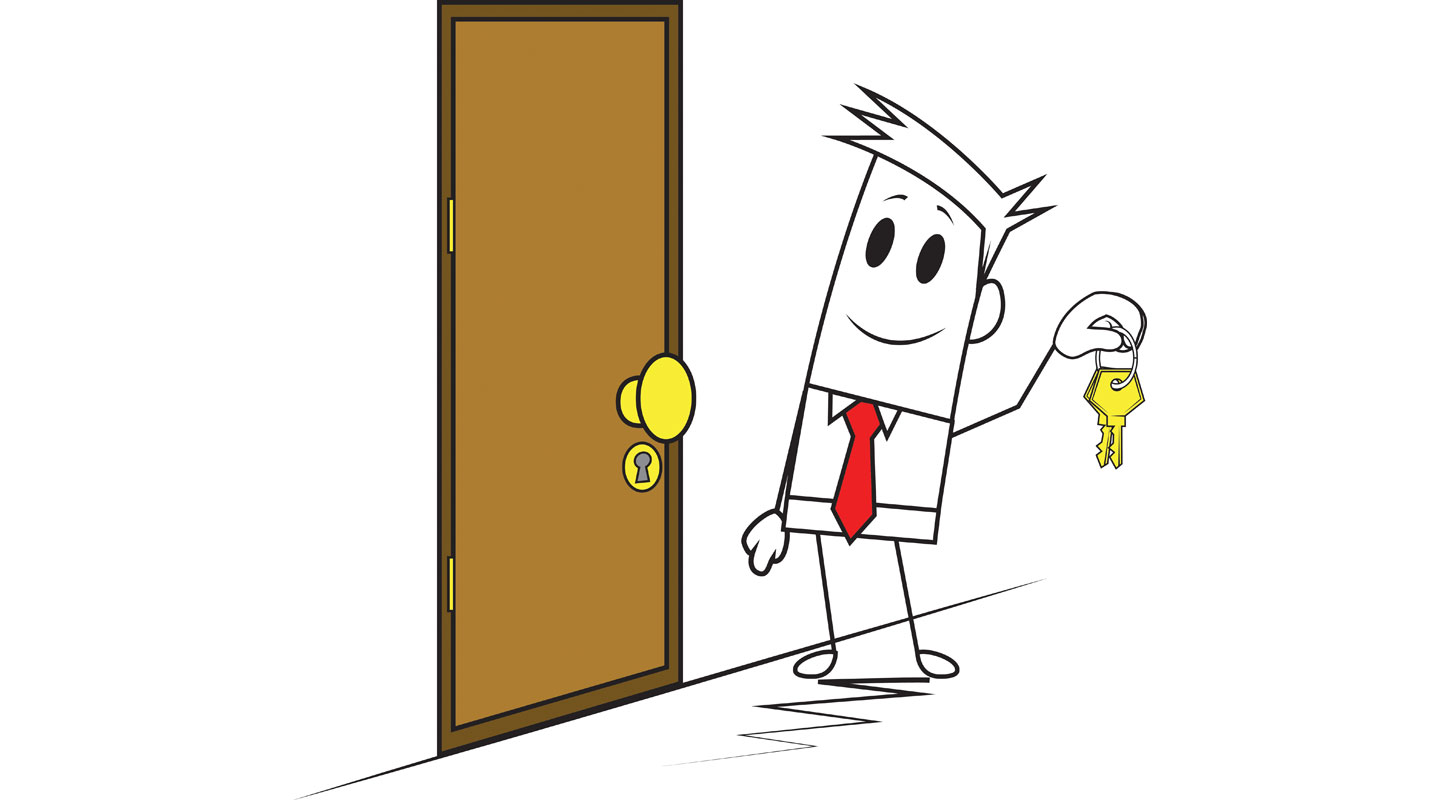 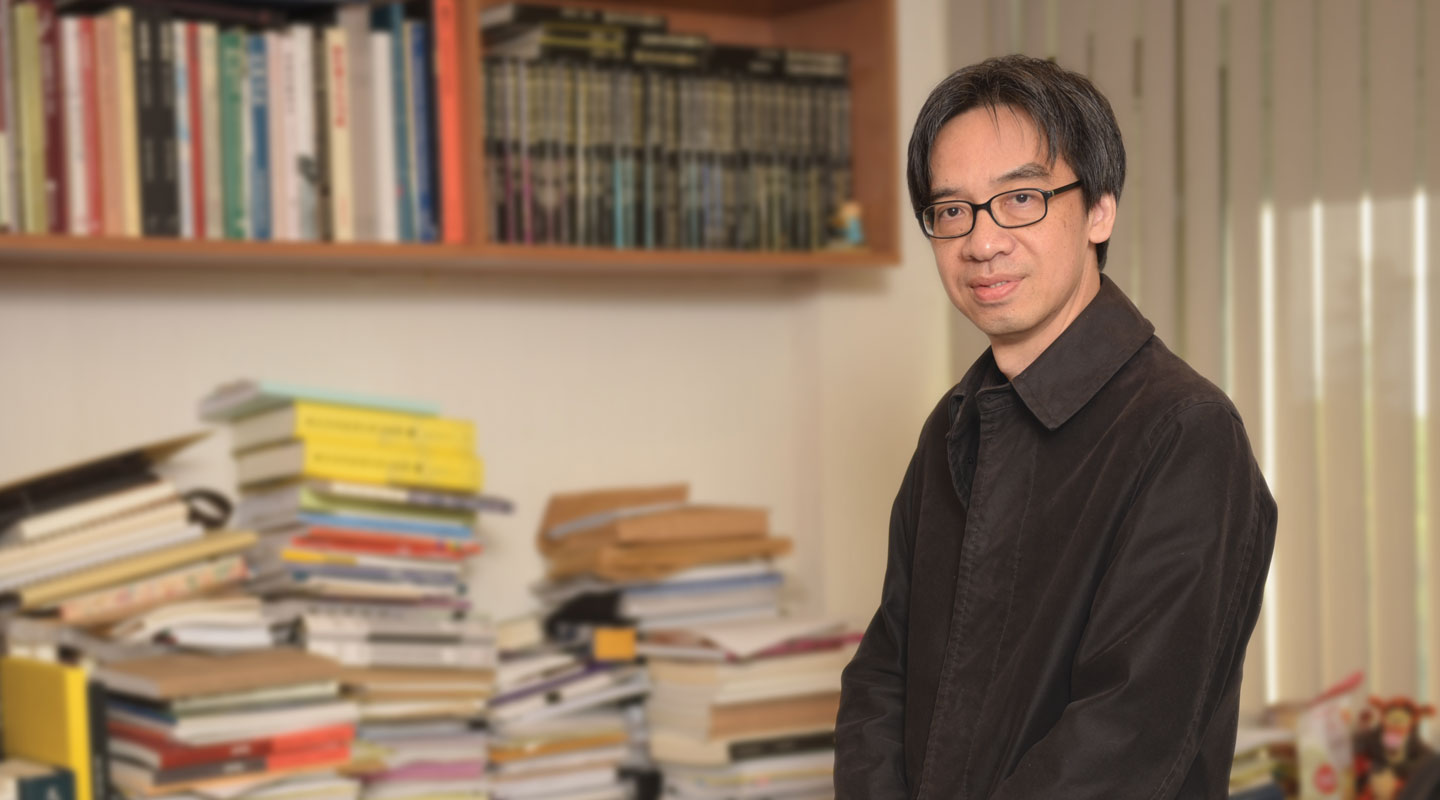