‘East is East, and West is West, and never the twain shall meet,’ writes Rudyard Kipling. The East–West divide is one of the myths of all time. To many in the West (invoked here as a roughly workable term), China and its ways of being and seeing remain an enigma. Yet the need to get to the bottom of the China enigma has never been greater, as the country assumes an increasingly prominent role on the world stage.

One way out of this conundrum can be found in the new Bachelor of Arts (BA) programme in Chinese studies launched by the Centre for China Studies (CCS) this autumn. This multi-disciplinary programme puts the students into Chinese shoes through guiding their investigations into the country’s myriad aspects, including politics, economy, business, society, history, culture, literature, religion and others. And its approach is solid and organic, with emphases laid on language training, cultural immersion and on-the-ground research, as well as the distinctive mix of learners from both Chinese and non-Chinese backgrounds.

Arts as the Base

Differing from its predecessor, BA/Bachelor of Social Science in Contemporary China Studies, the new Chinese studies programme is solely housed in the Faculty of Arts. ‘We are happy to say the Arts Faculty is our natural home. Such a move allows us to strengthen the history, culture and language elements while looking into the politics, economy and society of China today,’ says Prof. Jan Kiely, Associate Director of CCS. ‘Take business as an example, we will start with the history and culture of doing business in China. By emphasizing language and cultural understanding, we hope students can see better how the current environment comes into being,’ he adds.

The new Chinese studies programme does not just initiate the West into the East, but brings them together through launching both on a fascinating ride to profound truths about China and their home cultures. This explains another highlight of the programme, which is to have an equal number of local and non-local students in a cohort. Compared to having only five or six locals previously in a class of 30, the new programme now anticipates 15 local students admitted through the Joint University Programmes Admissions System. ‘With one side of the programme anchored, now more than ever, we can have an ideal mix of Chinese and non-Chinese students that works best for everyone,’ says Professor Kiely.

That it is best to have Chinese natives and international students study together is a conclusion drawn from years of feeling the stones, and the successful model of the world-famous Hopkins-Nanjing Center. Long regarded a cradle of diplomats and China specialists, the Center’s master’s programme in international studies admits a 70-strong cohort comprising Chinese and international students in equal numbers to discuss Chinese and international affairs bilingually. ‘Given its East–West convergence and multilingualism, Hong Kong can be an even better place to practise the Hopkins-Nanjing model. Our local and non-local students will take a lot of courses and undertake fieldwork together, while having the chance to work on their strengths and weaknesses individually. Through sharing and learning from each other, they will be able to see different sides of political cultures, governance and other matters at hand. There will be an opening up of perspectives which shakes up their ideas of and about China,’ Professor Kiely explains.

Language is the vehicle of thought. For East and West to truly come together, the Babel has to be overcome. ‘We believe it is important for a globalized person working with China to be functional in reading, writing and speaking Chinese, such as being able to converse or write e-mails in the language,’ stresses Professor Kiely. To help beginners master the language that is dreaded for its complexity, the programme will put them through intensive training in either Cantonese or Mandarin. By the third or fourth year, students who work reasonably hard could attain a good score at the sixth and highest level of the Hanyu Shuiping Kaoshi (Chinese Proficiency Test) to be taken by non-native speakers and be at home with reading, writing and listening to Chinese. For the locals, the Centre also works with the University’s English Language Teaching Unit to coach their skills in writing about China and improve their overall presentation and writing skills in English.

Living the East and West

To get to the soul of a language and culture, one must not only read but live it. To facilitate their intense soaking up of everything Chinese, non-local students are required to spend a whole term in Peking University, National Taiwan University or other approved institutions to immerse themselves in the Chinese culture. On the other hand, local students may go to SOAS University of London, University of Westminster or other institutions in English-speaking countries to gain experience in discoursing on Chinese and East Asian affairs in a global setting.

Exchange study aside, the budding China experts are also encouraged to explore the vast, ancient country on the ground through the ample opportunities offered by programme in the form of internships, social enterprise initiatives, field trips and independent study. ‘For complete immersion, students are to read texts, familiarize themselves with the context, take tests and presentations as required by genuine research,’ notes Professor Kiely, who has thrown himself into research on modern Chinese history for several decades.

An Open Mind is What It Takes

To make the most of the programme to which East–West exchanges appear as a constant refrain, an open mind is what is called for. Throughout the interview, Professor Kiely did not hide his admiration for his students’ ability to adapt and communicate successfully across cultural and linguistic boundaries. A seasoned and wise Prospero is he, bound to set free the many Ariels in his charge to the elements eventually, feeling at once enlivened and saddened. To the youthful spirits who are to embark on this journey of exploration, Professor Kiely advises, ‘Don’t put yourself in a narrow track. Think big, learn how to talk to lots of different kinds of people, and open up your perspectives. Get out, get to China, get to different parts of the world. This kind of opening up the perspective is what really defines our students.’

These words of wisdom by the veteran sinologist chime in with Kipling’s lines in ‘The Ballad of East and West’: ‘But there is neither East nor West, Border, nor Breed, nor Birth, / When two strong men stand face to face, tho’ they come from the ends of the earth!’ China, after all, can be fathomed. 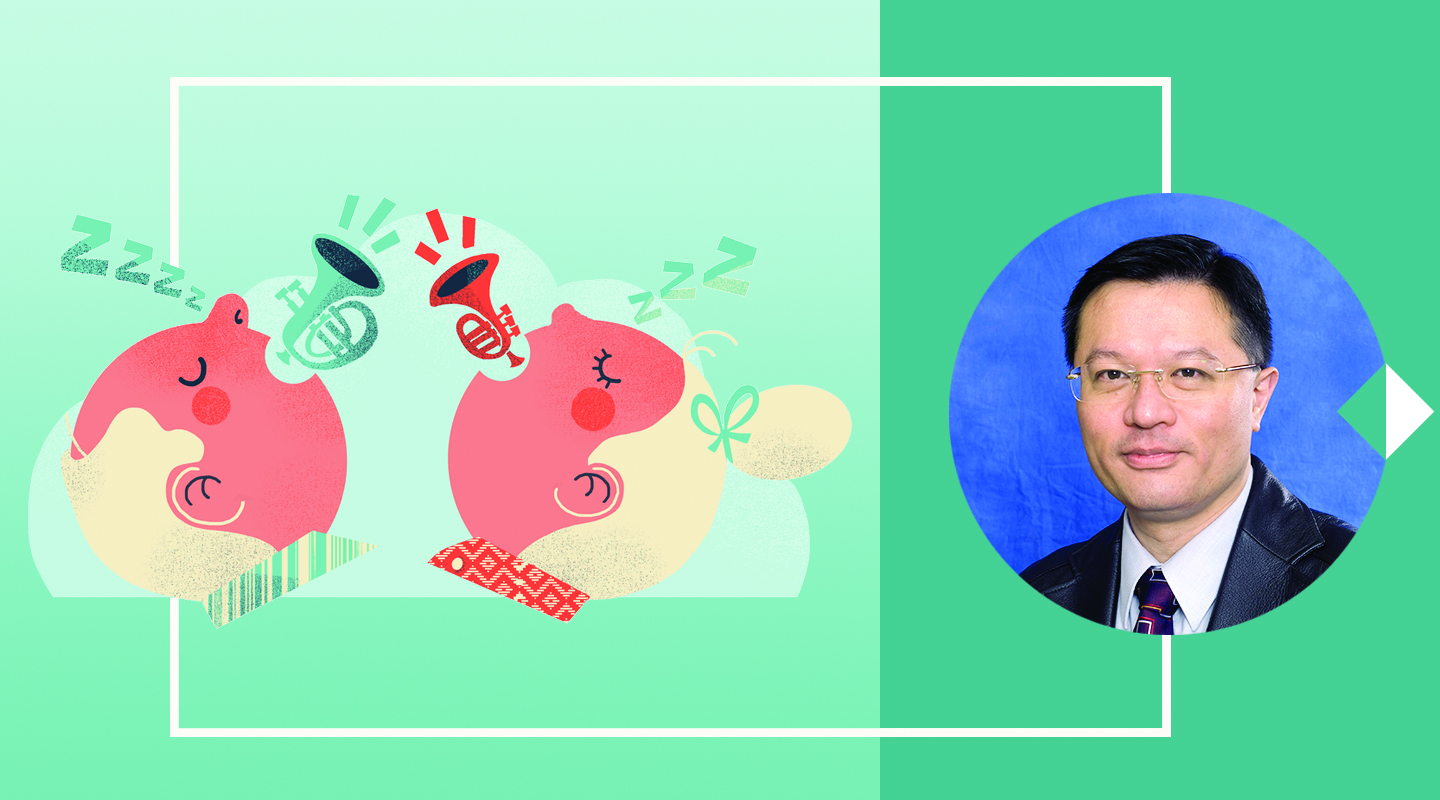 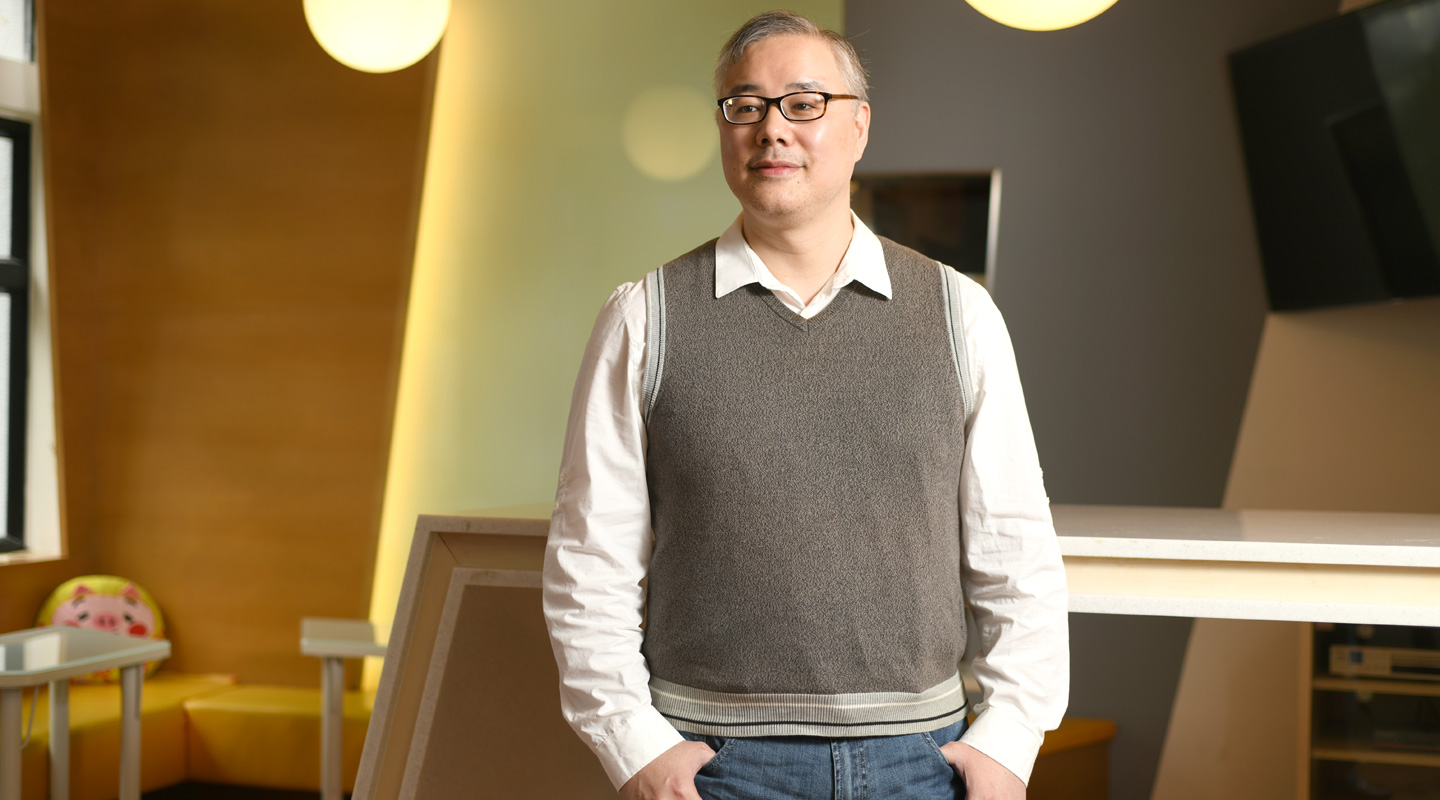 Learning Lessons from the Grave: The remains of Chinese emigrants produced a paper trail of the modern Chinese world

A CUHK historian reconstructs the network of modern Chinese emigrants from their bones/remains repatriation.