In her best-seller Seven Days in the Art World, Sarah Thornton trains her sociologist’s eye on the dramatis personae of the art market that include the artist, the dealer, the collector, the critic and the curator. The lawyer, however, did not make her honours list.

Who is then more qualified than Prof. Steven Gallagher to advocate for the lawyer a place on the list? A legal scholar and Associate Dean (Teaching and Learning) of CUHK’s Faculty of Law, Professor Gallagher gave the seventh instalment in this academic year’s Greater China Legal History Seminar Series titled ‘Collectors and Collections of Chinese Art and Antiques: Problems with Gifts, Trusts and Legacies’ on 3 April 2020.

Because of the social distancing measures currently in force in Hong Kong and elsewhere, the seminar was presented online. But even COVID-19 could not detract from the enthusiasm over the topic and a record of over 1,070 registrations were received from not only Hong Kong but also China and many countries in Europe and the US. Many more got on the virtual platform to watch Professor Gallagher, a former antique dealer himself, explain what problems collectors and their legal counsels might face in forming, maintaining and disposing of a collection of art and/or antiques.

Art in general and Chinese art in particular has attracted much attention in recent years with the astronomical sums they fetched at auctions and private sales. The hot items come from an extended family of not only paintings and porcelains but also, as Professor Gallagher used as examples in his webinar, historical/excavated artefacts, ornamental sculptures or even human skeletons.

Professor Gallagher began with how a collection of works of art or antiques comes into being in the first place—by finding, inheriting or buying. Can a lucky fellow just stumble upon some treasure and claim it as his own? The English adage ‘finders, keepers’ rarely applies. In most common law jurisdictions, it is rather governed by the Latin maxim: cuius est solum eius est usque ad coelum et ad inferos (‘whoever owns the soil, it is theirs up to heaven and down to hell’). The effect of this legal maxim, however, has been restricted by statute laws. For example, the Antiquities and Monuments Ordinance (Cap. 53) of Hong Kong stipulates that any relic discovered in Hong Kong after 1 January 1976 belongs to the Hong Kong SAR government.

At some point a collector may want to leave his collection to the next generation. Another Latin maxim: nemo dat quod non habet (‘no one may give what he does not have’) is relevant here. If the donor does not have good title (say, he acquired it by illegal means), there would be no title to pass to the donee. Even if the title is good, whether it’s intended and construed to be a gift or a trust will have vastly different legal consequences. The particular wordings used in the will or deed of gift (‘music to the lawyer’s ear’, Professor Gallagher was happy to note) will determine if it’s a true gift or a trust for which certain conditions would have to be fulfilled or complied with.

In the long unsentimental journey of an art object that travels far and changes hands many times, value is inextricably bound up with questions of title, authenticity and provenance. The acquisition of a good title cannot always be taken for granted. Professor Gallagher illustrated this with the example of what are known as the Kushan Buddhas.

The subject buddhas were originally looted from archaeological sites in northern India and eventually found their way to some antique shop in Hong Kong. A collector allegedly bought them there without knowing or caring for whether the buddhas were legitimately acquired. He and any subsequent owner are assured of a good title by the Sale of Goods Ordinance (Cap. 26), s. 24(1) of which is actually a restatement of the ‘market overt’ principle. The section provides that, ‘Where goods are openly sold in a shop or market in Hong Kong, in the ordinary course of the business of such shop or market, the buyer acquires a good title to the goods, provided he buys them in good faith and without notice of any defect or want of title on the part of the seller.’

The problem is that the market overt principle has been abolished in many common law jurisdictions and Hong Kong, without following suit, has inadvertently left a loophole for illicit trade in art and antiques and invited opportunists and traffickers in. Thus, in the Kushan Buddhas case, all the owner has to do to defend his title is to produce a letter saying that the buddhas had been bought in Hong Kong. In another article 1, Professor Gallagher pointed out that this deficiency in Hong Kong’s legal framework has been used to manufacture good provenance.

As was mentioned above, some human skeletons or remains can be of value to collectors and connoisseurs. But can you buy and own the dead? The answer given by common law, known as the no-property rule, is a qualified no. Case law has recognized two exceptions to the rule. First, there can be right of ownership of human body parts that have been subject to some application of work and skill in their dissection, preservation or mounting for exhibition or teaching purposes, which has changed their essential attributes 2. Second, the personal representatives of the deceased have the right to custody, protection or possession of the dead body for lawful disposal 3.

A collection comes with the questions of how to maintain or dispose of it eventually. Those looking for profit will look to sell it when the right time or price comes along. But they would be well advised that, the question of good title aside, the change of attitude in the community may render their possession inalienable. The most obvious example is ivory, which was once freely transferable and highly valued but is now prohibited from sales and export by many local laws and international treaties.

Another example is found in the fates of the animal heads of the Old Summer Palace in Beijing, played out against some of the bitter memories of the last imperial period in Chinese history. In 2009, Christie’s in Paris offered for sale two bronze fountainheads of a rat and hare, then valued at USD 29 million, which were looted together with other zodiac fountainheads from the Old Summer Palace in 1860. China’s attitude towards its looted heritage had changed, and the proposed sale was met with intense debates. They were sold for USD18.9 million apiece to a Chinese collector who refused to pay up in the end, on the grounds that as a Chinese he felt obliged to play ‘heritage warrior’. The saga ended in 2013 when Christie’s returned the heads to the Chinese government.

As far as disposing of a collection is concerned, neither is destroying nor entombing it with the collector always a viable option. Bequeathing to a museum has its own problems too, as Professor Gallagher’s webinar explained, as with everything else, in a succinct and entertaining manner, drawing on examples from Chinese and western art and archaeology of dazzling beauty and jaw-dropping price-tags.

Referring to the movers and shakers in the art market, Josh Baer, publisher of the art e-newsletter The Baer Faxt, said, ‘People are overinformed and undereducated.’ Professor Gallagher’s presentation with the aid of 116 slides was rich in information and highly educational, to the learned and the lay alike. 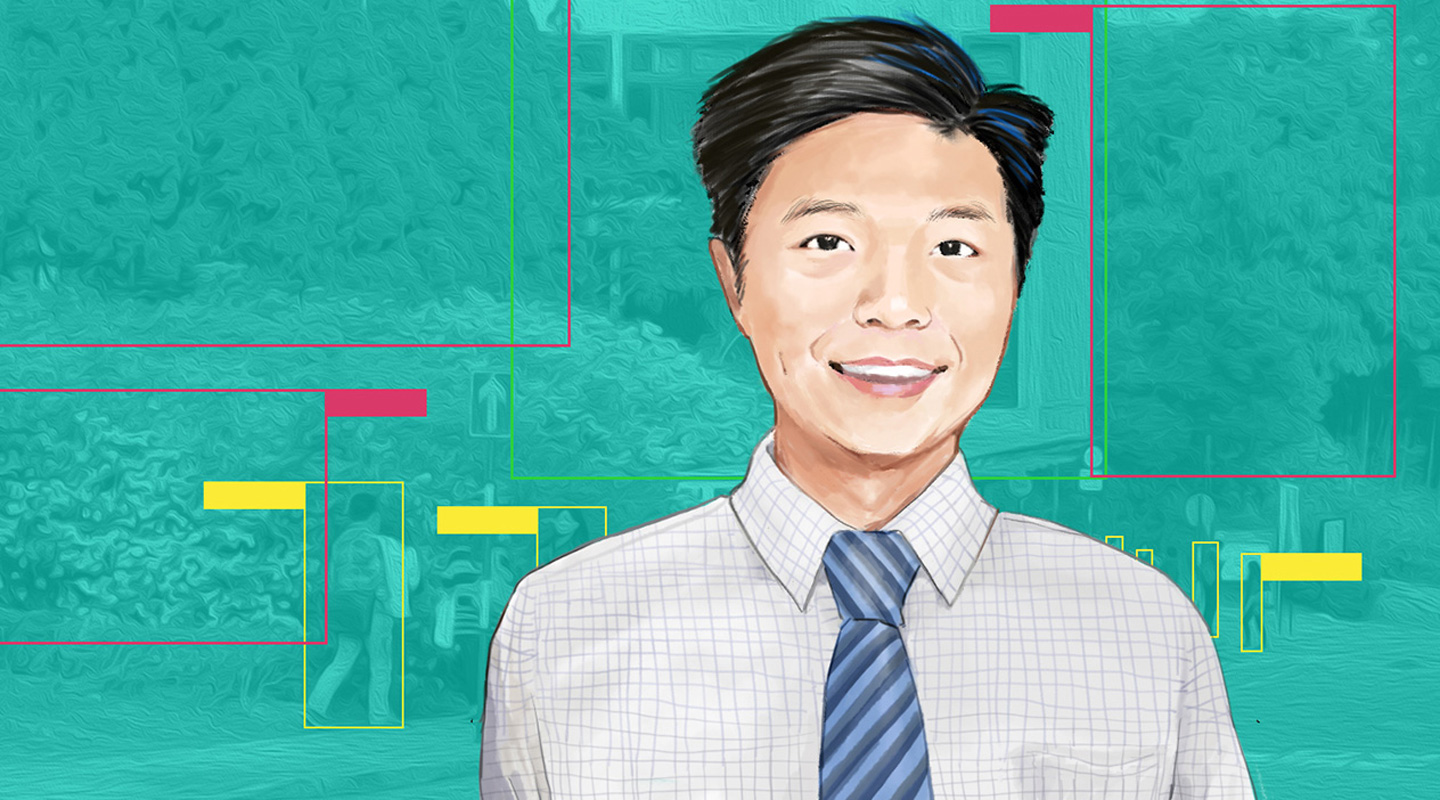 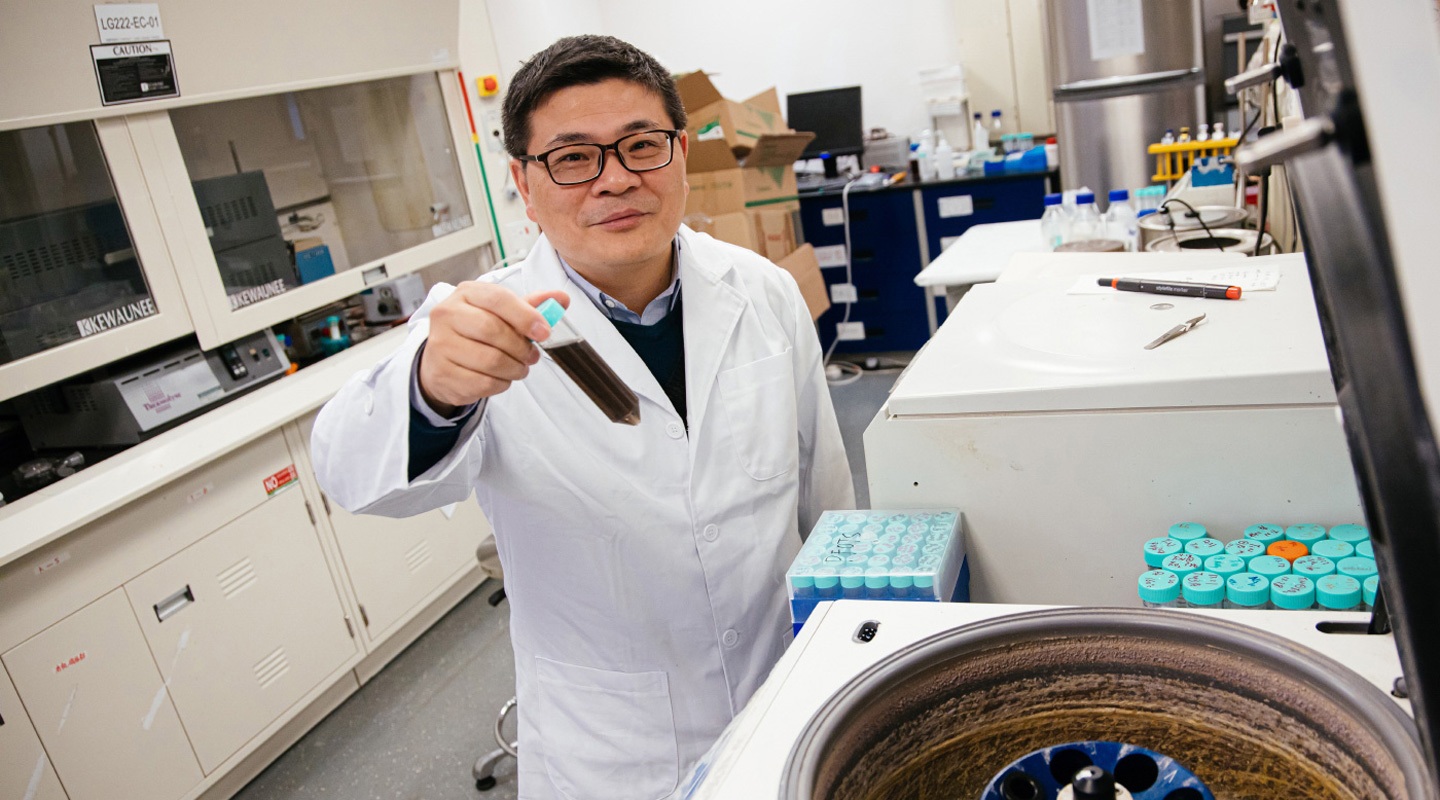 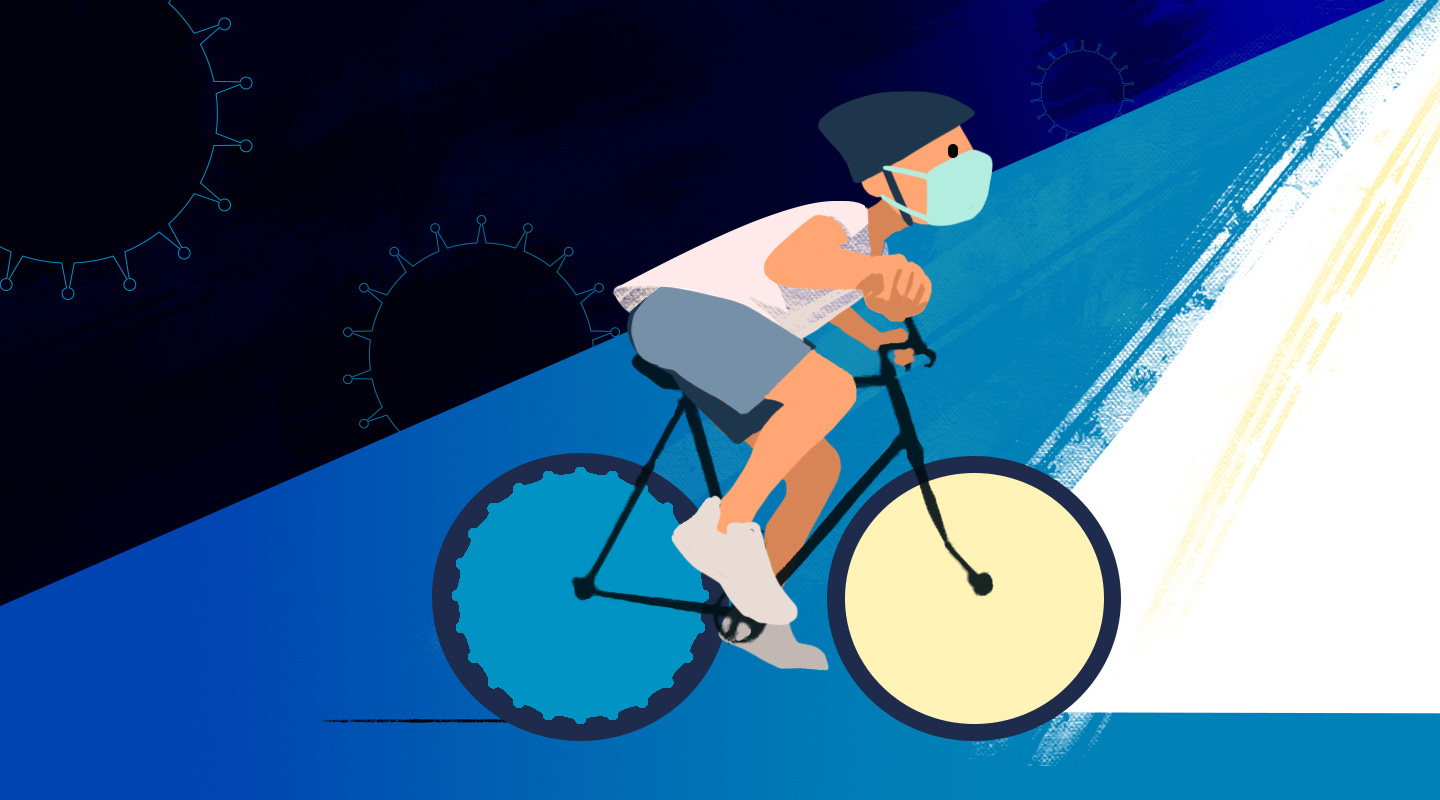 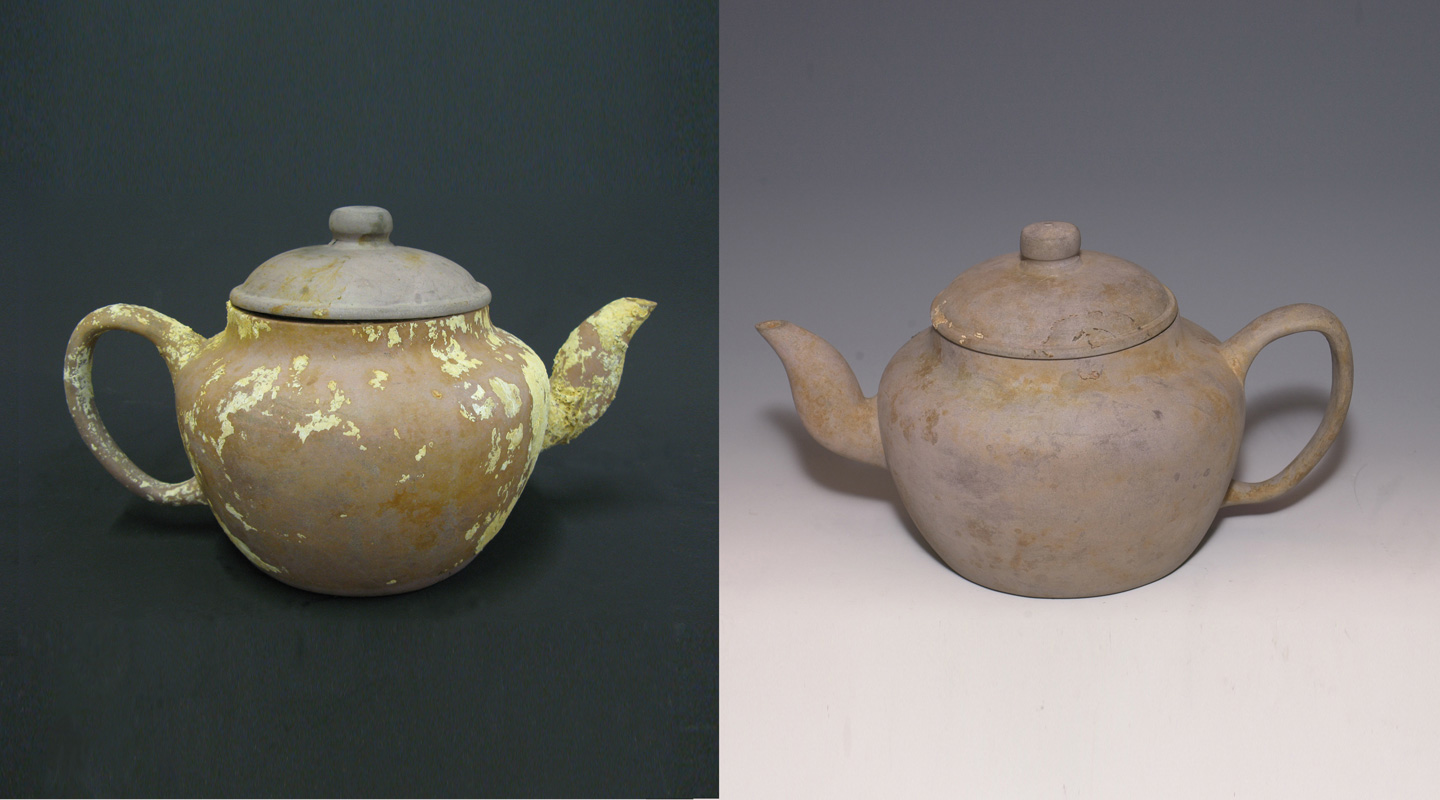