‘I will do the Bradford assay to measure the protein concentration. It is simple and is a very common experiment, and it takes just five minutes,’ Brad Heater decided what he might do for photoshoot right after our arrival at his lab on the sixth floor of Mong Man Wai Building. Donning the lab coat bearing his name and degree in beautiful cursive—the embroidery stitched by his mum who gave it to him as a Christmas gift, the stout, fair-haired post-80s postdoctoral fellow of the School of Life Sciences was deft in his motions. Pipetting the milky crystal solutions into test tubes, he lifted them up, shook lightly and kept track of the time. From time to time he turned to his logbook, fastidiously noting down the measurements while doing calculations. Suspecting we were at a loss for ideas in the interim of shoots, he ventured to propose to ‘go and look at the microscope’.

Bent on solving problems and taking things as they are, the sober and practical biochemist thought and talked straight. His middle name Scott bespeaks Scottish roots through his mother, and the perseverance and pragmatism which Scots are famous for have curiously come into prominence in their descendant from Columbus, Ohio. With an inconspicuous midwestern accent and an insouciant way of intoning his speech, Heater had a lucid turn of phrase approaching elegance—a gift not in every scientist’s possession. It came as no surprise he helped in the writing of plenty of grant proposals that keep his supervisor’s 14-strong lab running. What is surprising is rather his presence in the student body of CUHK: how is it an American would head to Hong Kong to pursue scientific research, when the other way round proves more popular?

‘My supervisor Michael Chan, then at The Ohio State University where I was from, was offered a position as director of the School of Life Sciences at CUHK. He asked if I would like to come.’ The unexpected invitation offered the American youth an opportunity to leave his home country. ‘In the US, people don’t leave the country. They may leave the state, but they never have the sense of what it’s like in another place.’ One year into his doctoral study, he transferred with Chan to CUHK in 2013.

How was his supervisor? ‘Michael is a great boss. Once he has confidence in you, he gives you a lot of intellectual freedom. If you have an idea, even if he thinks it is not going to work, he’ll let you pursue it,’ said Heater.

The young American always knew he was born for science. Science and math are his playgrounds; English, literature and history never his cup of tea. ‘I liked building things when I was a kid. Chemistry is using the fundamental building blocks of the world to construct molecules.’ More interested in the reactions drugs and chemical compounds produce in our body than prescribing meds, the pharmacy major joined his future supervisor’s biochemistry lab in his final year and stuck with protein research ever since—to him the most interesting field in biochemistry.

For his doctoral project, Heater worked with enzymes—proteins that catalyze reactions in nature. As we breathe, thousands of different types of enzymes are helping us move and digest, etc. By extracting these small substances, we can use them to make drugs, biofuel and cosmetics. The problem with these wondrous agents, however, is that they are unstable under heat and certain conditions. The high production costs prevent their widespread use. What Heater does is to place the enzymes in a crystal scaffold composed of a protein named Cry3Aa, which naturally form in Bacillus thuringiensis bacteria. When Cry3Aa forms a crystal in the bacterium, its pores house millions of copies of the enzyme. Now in solid form, the enzymes are easy to extract, ready to use, stable and recyclable.

Yet enzyme immobilization is not what Heater intended for his doctorate. Instead of enzymes, what he had wanted to deliver in protein crystals was myoglobin, an oxygen-binding protein found in our muscles. By delivering it to cancer cells, the effects of radiotherapy can be enhanced. The project, which resulted in a paper in May this year, had given him and his lab-mates constant headaches that took years to overcome.

‘One of the incubators broke and the development was slowed for almost a year. It was difficult to get functional myoglobin crystals. We had been under the impression that crystals get into different cells, but it turned out they only enter into macrophages and other phagocytic cells.’ This dilemma was ultimately solved by his colleague Yang Zaofeng, who added protein chains called cell-penetrating peptides to the myoglobin crystals. This allowed the myoglobin crystals to be taken up well by lung cancer cells in a petri dish, a good enough start for drug development which normally takes 12 years.

‘Writing could be stressful, you have to do a lot of writing, and you constantly feel the world is against you,’ he said with a bitter laugh. ‘Every experiment you did for weeks or months could fail. That can be tough on your conscience.’

But the straight-thinking comeback kid gradually realized his failures and bruisings were marks of courage and maturity: ‘You make mistakes as you are human, but you learn from them, you design the next experiment better. And when a project doesn’t work, it does not mean the whole idea is done. Maybe you have to tweak the idea, backtrack a little bit and understand what is happening.

‘Even if it’s not working, if you do everything correctly, you get a conclusion. It may not be the conclusion you hoped for, but it’s still science.’ For the protein architect, the 5% that worked made up for the fat portion of failures: ‘When some problems you were working on for months and months are finally solved, the feeling is special—that this is new, and you can own it was worth more than the 95% failures, and this kept carrying me forward.’

His doctoral ride took six years. Getting published was another hurdle that led to deferral for more than a year, as one has to get one publication to be conferred a doctorate. ‘I submitted my paper to a journal. After six months’ review, it got rejected. Then to another journal, which rejected it after review. This process is mostly out of your hands and all you can do is wait.’ He reminded fellow research students to start early and be realistic: ‘You want the best journals, but there’s review and you risk rejection. If you know your work well, you know which journals are suitable. It is tough to go through the reviewing process, but you won’t get rejected all the time.’

Heater’s graduate life, though, was not all work no play. Along with trials and tribulations, there were travels and nuptials. Meeting his love from China in early 2014, he made her his wife in 2016. He had been to China, Thailand, Taiwan, Indonesia, and the Philippines for leisure, and Hungary for conference. In two months, he will be leaving Hong Kong in a bid to land industry jobs in the US. Why not go for a tenured position?

‘For a professor going for tenure, it’s very stressful and you have to work very hard. I plan to start a family soon, and I would have to juggle being a good father and a good professor. Working in the industry allows me to financially support my family, and also be a good dad.’

And finally, an unavoidable question to any American in Hong Kong: amidst rising US-China tensions, how did he view the future of the city? The prudent scientist worded his reply carefully and curtly: ‘It’s pretty unpredictable. I’ve been here for seven years, obviously Hong Kong has a special place in my heart. I like Hong Kong people and Hong Kong,’ he swallowed and said:

‘I hope things work out.’ 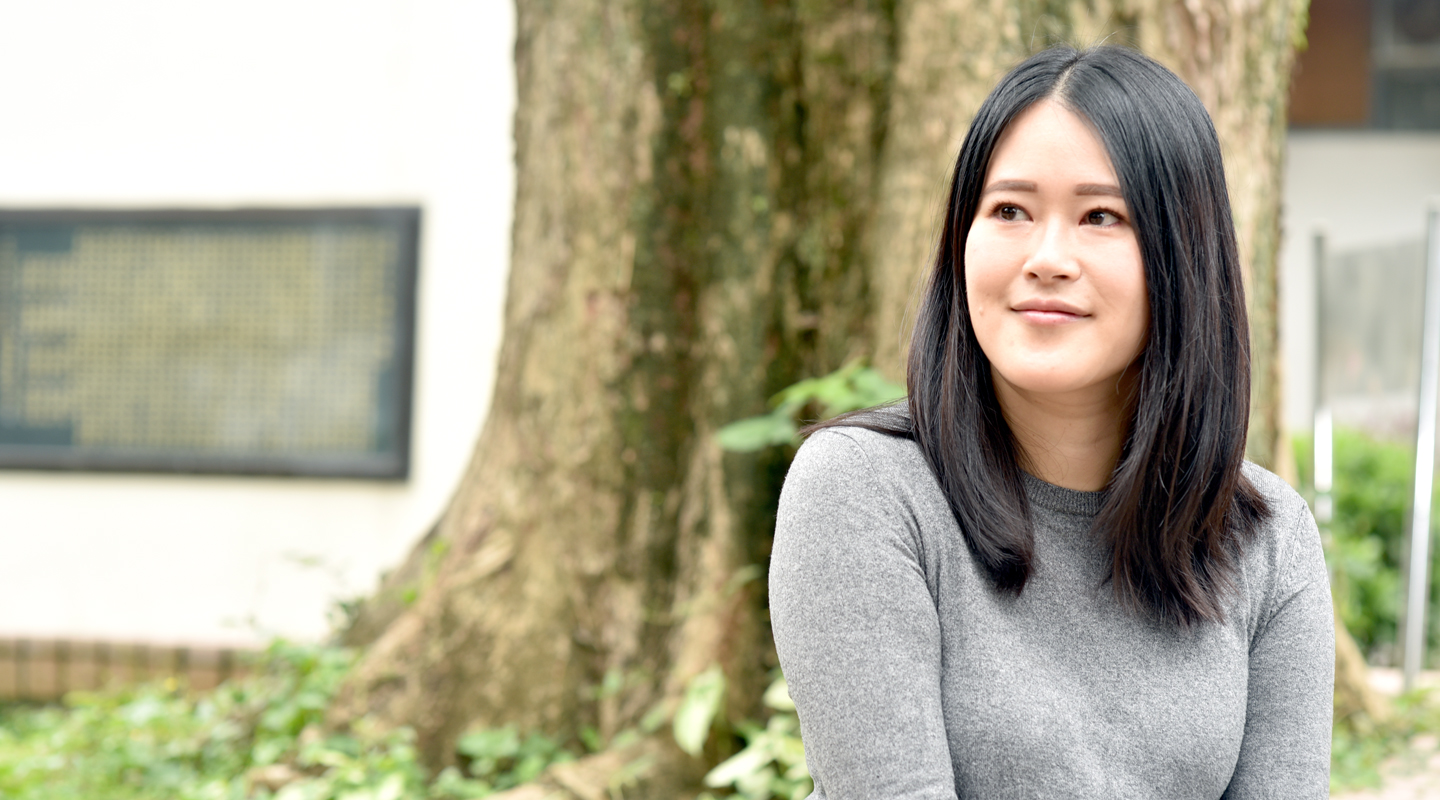 Influencing Influencers on the Youngest Minds 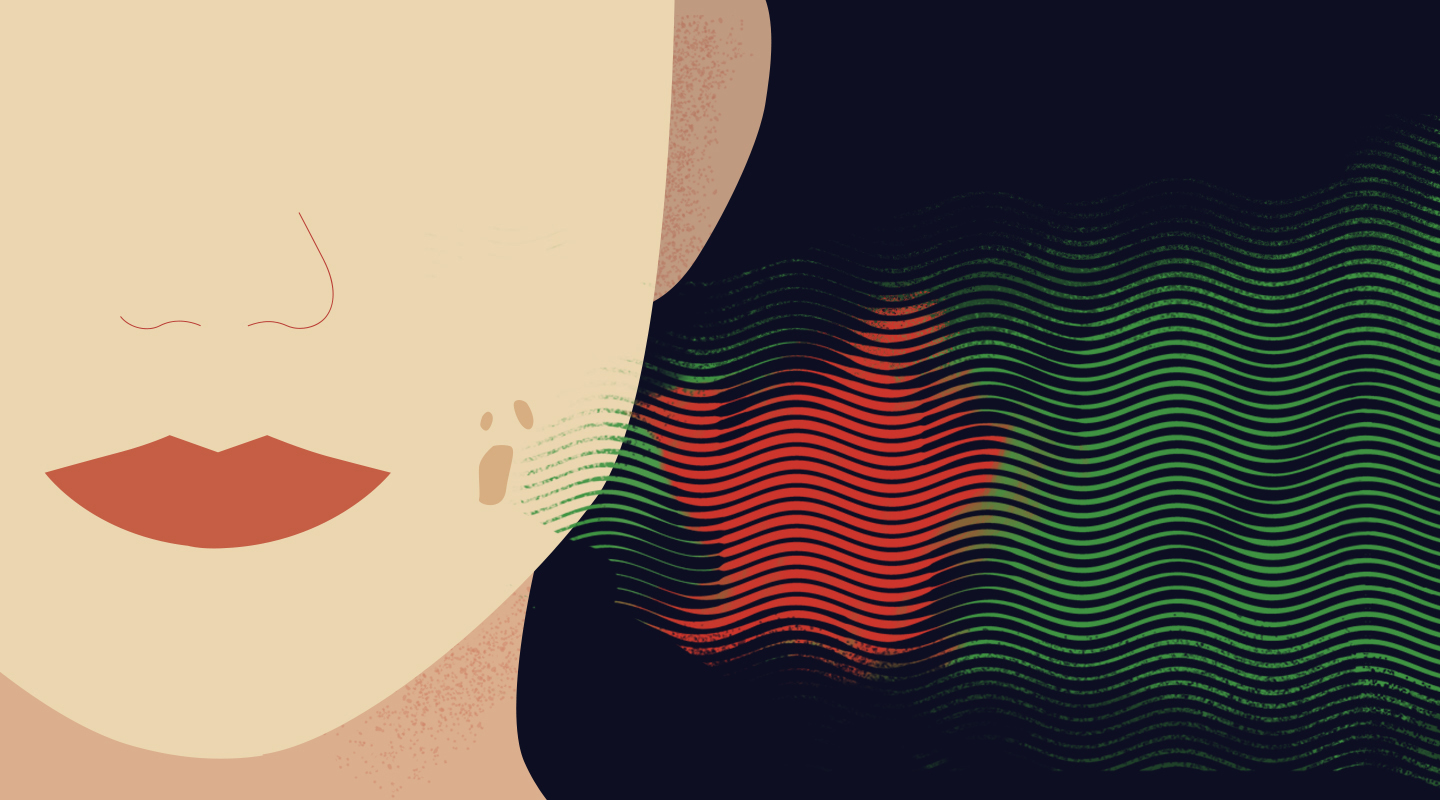 Tuning in to Terahertz