Armed with a new method of examining the molecules that make up plants, it may soon be possible to design crops that withstand higher temperatures. That would enhance food security in a warming world.

CUHK structural biologist Prof. Wilson Lau Chun-yu uses a new imaging technology called single particle cryo-electron microscopy (cryo-EM) to look at the structure of biological molecules. Each biomolecule has a distinct size and shape that determine its function. So ‘solving’ the 3D structure of a molecule is key in working out what it can do.

Professor Lau’s latest work, published in the journal Nature Communications in May, examines the form and function of a small heat shock protein called Hsp21. The protein is found in all photosynthesizing plants. It’s vital for the thermotolerance of plants, helping them to withstand increases in temperature.

Small heat shock proteins are molecular chaperones, a family of proteins that help other molecules behave in certain ways. Some chaperones encourage other proteins to fold and take on a 3D shape, giving them a unique function. Professor Lau discovered that Hsp21 is designed to prevent proteins from becoming unstable and then mis-folding in the face of stressful conditions such as heat shock.

When the protein in an egg white turns from clear to white under heat, its proteins are unfolding, and taking on a different structure. At high heat, a protein starts to lose its three-dimensional shape, the form that gives the protein its function. Other molecules can no longer interact with it if it is no longer 3D.

Professor Lau extracted and isolated Hsp21 in a test tube so that he can examine its structure and function. He used thale cress, a.k.a. Arabidopsis thaliana, a weed that’s popular in biological study, as a subject, discovering that Hsp21 acts on a plant substrate known as DXPS to prevent it unfolding.

‘To be honest, it was unexpected,’ Professor Lau admits. ‘We didn’t really expect to find anything at the beginning. We didn’t know what we were going to find.’

DXPS is crucial for plant growth and development. At high temperatures, Hsp21 binds to it, preserving DXPS in its original shape and function. It’s highly likely, Professor Lau concludes, that other small heat shock proteins work in a similar way.

Professor Lau came across old papers about Hsp21 that pointed him in that direction. It suggested Hsp21 had a role in thermal tolerance. But the authors had only looked at its structure at a very low resolution, using the technology they had on hand at the time.

‘It’s the first time that anyone has been able to see this,’ Professor Lau says. Even when he started examining Hsp21, he had no idea how it would interact with DXPS, something that only becomes clear when you understand the molecular structure of each one. Ultimately, his team ‘solved’ the structure of three molecules: Hsp21 and DXPS as separate entities, as well as when they are combined.

‘We found the interaction site is in a very flexible region on DXPS that probably only becomes exposed at elevated temperatures,’ he explains. ‘At the lower temperatures, Hsp21 cannot recognize the enzyme. That binding site becomes visible to Hsp21 only at higher temperatures.’

Although the inventors of single particle cryo-electron microscopy won the Nobel Prize for Chemistry in 2017, its applications are still being explored.

‘When I first dived into the field, it was not as well-established,’ Professor Lau recalls. ‘But I decided to try something new.’

In the process, Professor Lau has been able to tap the insights of and meet one of the Nobel laureates, Richard Henderson, who in turn was a mentor to Professor Lau’s own doctoral supervisor.

Cryo-EM is possible thanks to the application of a better camera, known as a direct electron detector, which can capture individual electrons. That's a big improvement on the original techniques, which even resorted to the use of Kodak film before digitization.

‘It was a very old-fashioned way of doing it,’ Professor Lau says, which discouraged its use. ‘The images we produce are of a much higher quality. That was a major improvement.’

Separately, computation improved so that algorithms could process all the new information retrieved. The net effect is to make cryo-EM as precise as X-ray crystallography, with resolution down to the atomic level.

For X-ray crystallography, proteins must be purified and crystalized, packing multiple molecules together, so they are large enough to examine. This also runs the risk that they change structure when artificially grouped together. Cryo-EM is precise enough to examine a single molecule in ‘near-native’ condition, on its own and in atomic detail.

It will require the input of botanists and genetic engineers to design heat-resistant crops. Professor Lau, who is an assistant professor in CUHK’s School of Life Sciences, also has future work to do in examining how other small heat shock proteins act.

‘I’m sure there are other molecules that help plants withstand heat stress,’ he says. ‘Hsp-21 is just one of the mechanisms.’

Small heat shock proteins are also found in humans. If they mutate, and cease functioning normally, they appear to contribute to cancer and neurodegenerative diseases such as Alzheimer’s and Parkinson’s. It’s another topic that warrants exploration.

‘The findings can perhaps be generalized to humans as well,’ Professor Lau says. ‘We don’t know.’

By Alex Frew McMillan
Photos and videos by Eric Sin 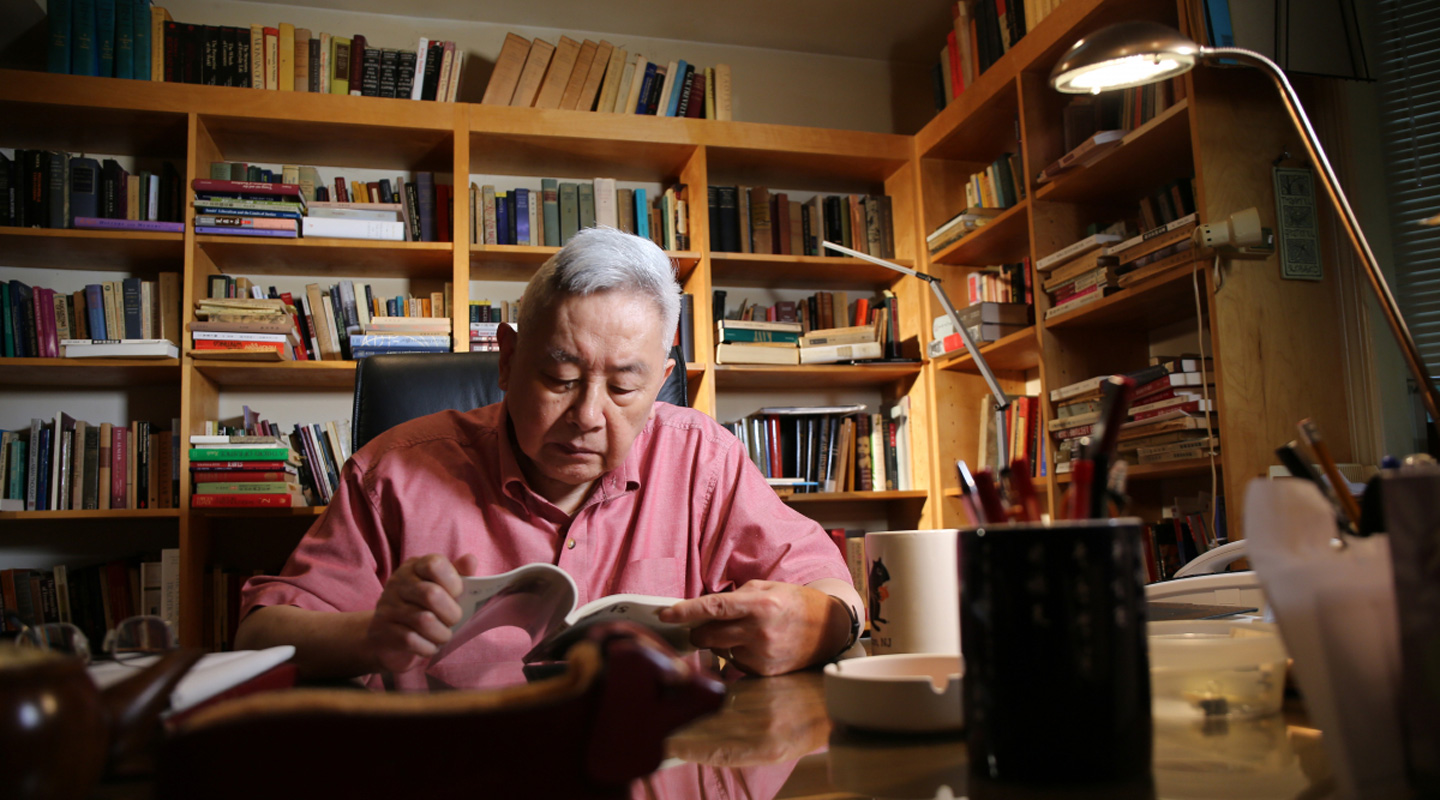