Stay on the CUHK campus long enough and one may start believing that the intellectually sophisticated certainly attach less importance to physical comfort. With only one supermarket on its 1.4 sq km campus, the University’s academic wealth is matched by a relative paucity of choices in food and grocery shopping. But things are beginning to change. Three Wu Yee Sun (WYS) College students founded a social enterprise taking the shape of an online grocery store called A Store in CUHK. Its social mission is to support local economy by sourcing and redistributing unique products made by a host of small local stores. Not only does it provide students with another shopping option, it takes upon itself to promote small, traditional businesses and enhance students’ knowledge of them.

‘The idea for the store came about because a few of us wanted to have another option that would also allow CUHK students to interact with the community in which we live. We received our first order in October 2015. But it was the University’s approval of the expansion of the existing supermarket that hastened the materialization of our idea,’ remarked Vincent Chong, a founder of the store.

From about 20 items, the students now have a list of over 40, including handcrafted peanut candy, traditional Chinese pastries, herbal tea, cloth menstrual pads, made-in-Hong Kong noodles, and a few organic items. ‘We prefer to buy from producers but sometimes if delivery costs are high, we settle for shops that carry the products we want, or ones that are socially conscious. For example, one of the stores we use hires old people and another one sells about-to-expire goods at really cheap prices,’ explained Peter Wan, another founder. To compile the list, the students asked what their classmates would like to order, identified potential shops or producers in areas near CUHK or their homes, then communicated with the owners to see if they agree with their concept and are willing to be suppliers.

At present the project has about 10 suppliers. About 60% to 70% of their products come from Taipo, and the rest from Fotan, Tuen Mun and other older districts in Hong Kong. Have their actions impacted sales? ‘We don’t think we’ve had much impact on direct sales—perhaps only about a 1% increase for the candy shop and the herbal tea shop—but we may have given these old shops a younger following,’ observed Vincent.

A teacher of WYS College, Dr. Clara Kan of the School of Journalism and Communication, advised the students on how to run a social enterprise. ‘Dr. Kan advised us about marketing and developing the business. For example, we are unable to reimburse our volunteers’ transport expenses and we would like to be able to do that in future. She also helped us to explore whether it is feasible to hire staff rather than relying entirely on volunteers. Just because the cause is meaningful does not mean people should be working for free forever,’ Vincent observed.

The goal to hire long-term paid staff can only be achieved when an enterprise becomes financially self-sustainable, which is ‘a key challenge common to a lot of social enterprises in Hong Kong’, according to Dr. Kan, ‘as many are struggling to continue their operation after spending their start-up funds’. Dr. Kan has introduced to the students various business planning models and essential operation and marketing guidelines. The objective is to steer them towards achieving the double bottom-line of both financial and social return on investment.

Even though most of these business concepts are beyond the students’ areas of study, they were very eager to learn and quick to respond. After the first meeting, it took them only a week or so to organize the figures and facts of the current business outlook for the next meeting. Dr. Kan emphasized that she was particularly happy to see how these young people are willing to take proactive actions for a social mission. ‘Many people would say that they support the idea of preserving local economy and traditional stores. But not everyone would knock on the doors of these stores, talk to the owners, set up a social enterprise to sell and promote their products, as well as managing sales and logistics’, she remarked.

Twice a month, the students and their volunteers fill the orders in a car and bring them back to campus. Mazai, a chewy and syrupy cake, is the best seller, to the surprise of the founders. ‘I thought the students would be more interested in Japanese snacks and that demand determines supply, but it’s actually the other way round—when they saw mazai on the list, they all wanted it. We received about 200 orders of mazai,’ said Vincent. The said pastry is made in an old Chinese patisserie in Fotan.

The students’ project has received funding from WYS College’s ‘Be Entrepreneurial! Funding Scheme’ which supports short-term student projects that show innovativeness, an entrepreneurial spirit and social responsibility. ‘The financial support is important but the College gave us more than that,’ remarked Peter. ‘We talked to College members about our project and they gave us a lot of valuable advice on promotion. For example, someone suggested we post videos on Facebook, something we hadn’t thought of before.’

The students recently took part in the College’s Sunny Passion Programme, a competition to see which team’s proposal best demonstrates the College’s core values of creativity, entrepreneurship and social responsibility. ‘We are preparing for the contest now. Later we will participate in a brainstorming session during which the teams will give feedback to each other. We will then revise our ideas and submit a full proposal before presenting our ideas to a panel of judges. The contest allows us to learn from peers and reflect on how we can improve ourselves and grow in new directions,’ explained Natalie Chung, the third founder.

The students have run guided tours of Hong Kong’s old shops to CUHK students. They hope to expand these tours to secondary schools and help them to learn about their own communities through traditional shops. The students have also submitted a tender to set up a physical store on campus and the results will be out in March. What is the best future they envision for their store? ‘That we can disappear, because it means there’s no more need for us. But that’s difficult. Well, we hope that students will at least be more curious about old shops and communities, and understand what the owners are facing in these rapidly urbanizing districts,’ said Vincent.

Experience has shown the students that young people do like old-fashioned things when they’re exposed to them. The problem is they are seldom exposed to any because it’s easy to succumb to the convenience of shopping at supermarkets. ‘Supermarkets dominate the food and grocery market in Hong Kong. But supermarkets don’t teach you how to steam a fish; market vendors do,’ said Natalie. 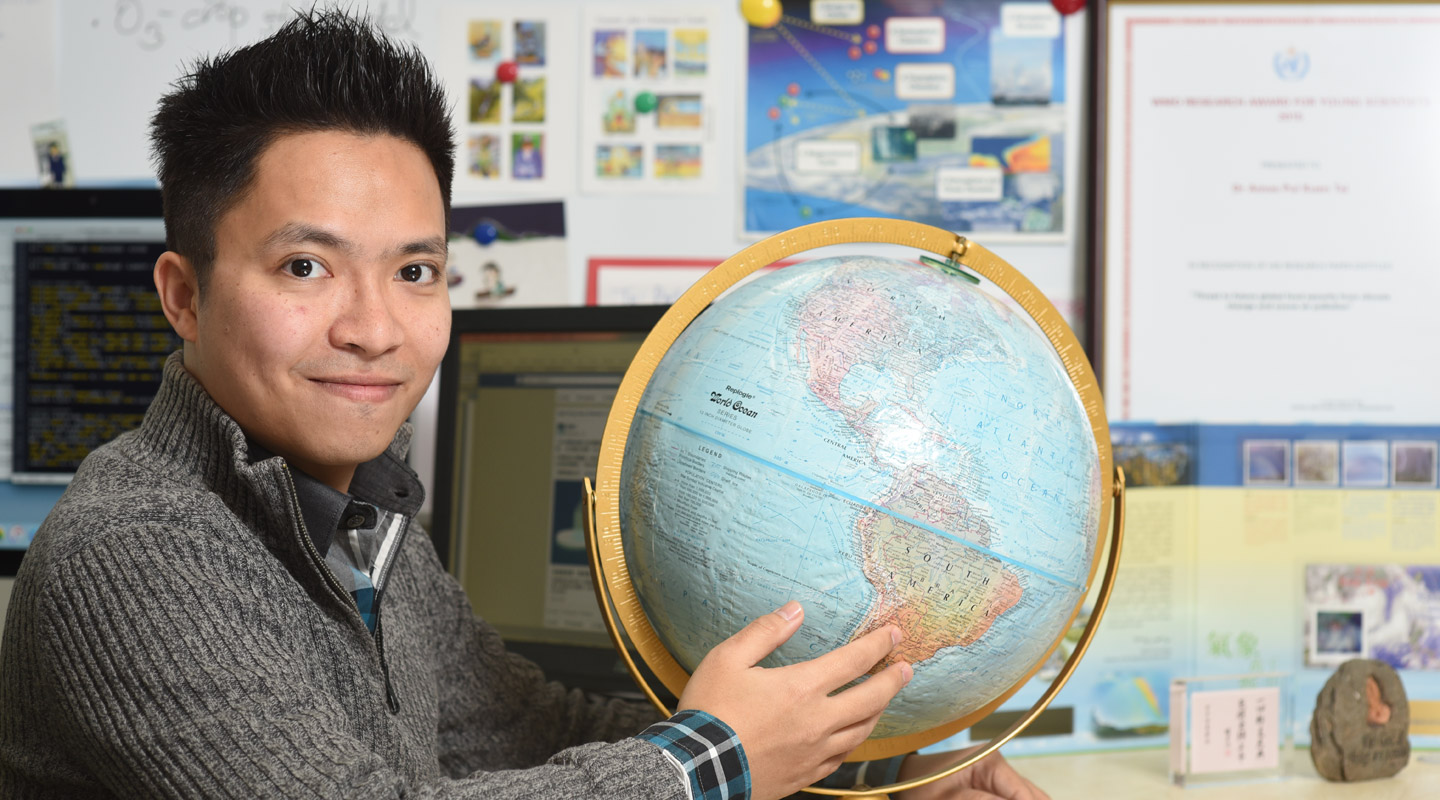