April is the month in which the Dutch King was born. It is also the time when ‘Dutch Days in Hong Kong’ is held bringing the orange craze to the city. Among this year’s cultural highlights, ‘Dancing Lines: An Encounter of East and West Calligraphy with Dance’ took place on CUHK campus on 16 April. Chan Loi-che, the performer of Chinese cursive, is a CUHK alumna who has been living in the Netherlands for 40 years. She moved into the realm of art at the age of 50, aspiring to using brush and ink to connect East and West.

After graduating from the former Department of Philosophy and Religion in 1975, Loi-che was given the chance to go on exchange to the Netherlands. It literally changed her life. ‘I discovered that in the small, thinly populated country, everyone was treated as an equal and unique individual. They were given every latitude in becoming whoever they wanted to be. Such liberty and openness at once enraptured me.’

During her visit to Prague, she met and fell in love with a Dutch youth who later became her husband. The Hong Kong native made Amsterdam home and started a family. She dedicated the first 10 years to rearing her two children. Thanks to her flair for languages, she had worked as a translator and interpreter between Dutch and Chinese. When the Dutch government was rolling out radio services for the ethnic minorities, the polyglot was made programme director of the Mandarin/Cantonese broadcasts. Her brainchild Snelle berichten Nederland–China, or Netherlands–China Express, was designed to help Chinese immigrants understand and acclimate to the mainstream living.

Her career in the media lasted for over a decade until 2004 when the public radio started to cut back its spending on the Chinese-language services. ‘The 911 attacks in the US changed the political climate in the Netherlands. Politicians attempted to marginalize foreign languages. It broke my heart to see the once-liberal society slipping backward, so I resigned. On the other hand, I was glad to exercise again my freedom of choice—I had always wanted to be an artist!’

She plunged into the world of colours and clays, trying to use art to demonstrate that cross-cultural encounter is not a zero-sum game. She attempted to mix sculpture with Chinese poetry, and to depict East and West with red and black. In the end she set her sights on Chinese cursive, the art form she had been practising since childhood.

Cursive script of Chinese calligraphy, also known as the wild cursive, is not some ferocious and random scrawl as it may appear. ‘Learning the cursive hand is an ordeal. Mastery requires remembering the zigs and zags of thousands of unique characters, and emulating the brushwork of every great forerunner. Only after you know every technique like the back of your hand could you enjoy the freedom of creative expression.’

She said although most people in the West cannot read Chinese, they are able to appreciate Chinese cursive as an abstract art consisting of flowing dots and lines. ‘Chinese characters are a form of ideogram. Each character is in itself an abstract drawing. Wild cursive amplifies such abstraction. From the Western point of view, those flying lines are magically protean and full of life. They are the epitome of oriental aesthetics, as well as a valid form of modern art.’

Her calligraphic work ‘Endless Rhythm’ was exhibited at Amsterdam’s cultural hotspot NDSM. A good thousand metres of cursive scripts wound its sinuous way across the former shipyard. It was a half-year creation ‘under the influence of music’. Loi-che explained that at the beginning she brandished her brush to the melody in her head while imagining continuous ridges and meandering rivers. Later she came across minimal music by a Dutch composer Simeon ten Holt. It turned out to be a perfect match with cursive writing. ‘I merged myself with the music, and the lines and dots just flew out of themselves. My sense of self simply disappeared in that state of awe and ecstasy!’ The spectacular script was displayed at CUHK during the Dutch Days.

Several years ago she got acquainted with her current performing partner Mark van Praagh. The Dutch artist had originated the ‘Unreadable Letters and Characters’ by capturing the essence of handwritings from different cultures. His script is reminiscent as much of some ancient symbols as of a newly-invented world language. The East-West duo took their creative process to the stage by writing side-by-side to the flow of minimal music. Every stroke arises from the moment itself, depending on what the performers pick up from the melody or the vibe of the audience.

Soon, Mark’s daughter Sarah van Praagh joined in and infused the show with a third element—modern dance. The interlocking ‘Dancing Lines’ came into being: Loi-che and Mark respond to minimal music with calligraphy, while Sarah observes and echoes with her improvised body movements. The dancer enacts the form and tempo of the emerging characters, and inspires the calligraphers reciprocally. According to Loi-che, the mix-media performance has been well acclaimed and gaining ground in the Netherlands.

Handwriting speaks volumes. Loi-che is as vivacious and free-spirited in person as her brushwork tells. She said faith and philosophy have prompted her to look constantly for the meaning of life. ‘Mr. Tang Chun-I (founder of CUHK’s Department of Philosophy) said that one must strive to keep expanding their mental and spiritual horizons. I try to live by that. Life is too short to run after fame and fortune. What matters most is exploring the world to seek the truth, the beauty, and the good.’

This article was originally published in No. 479, Newsletter in Jun 2016. 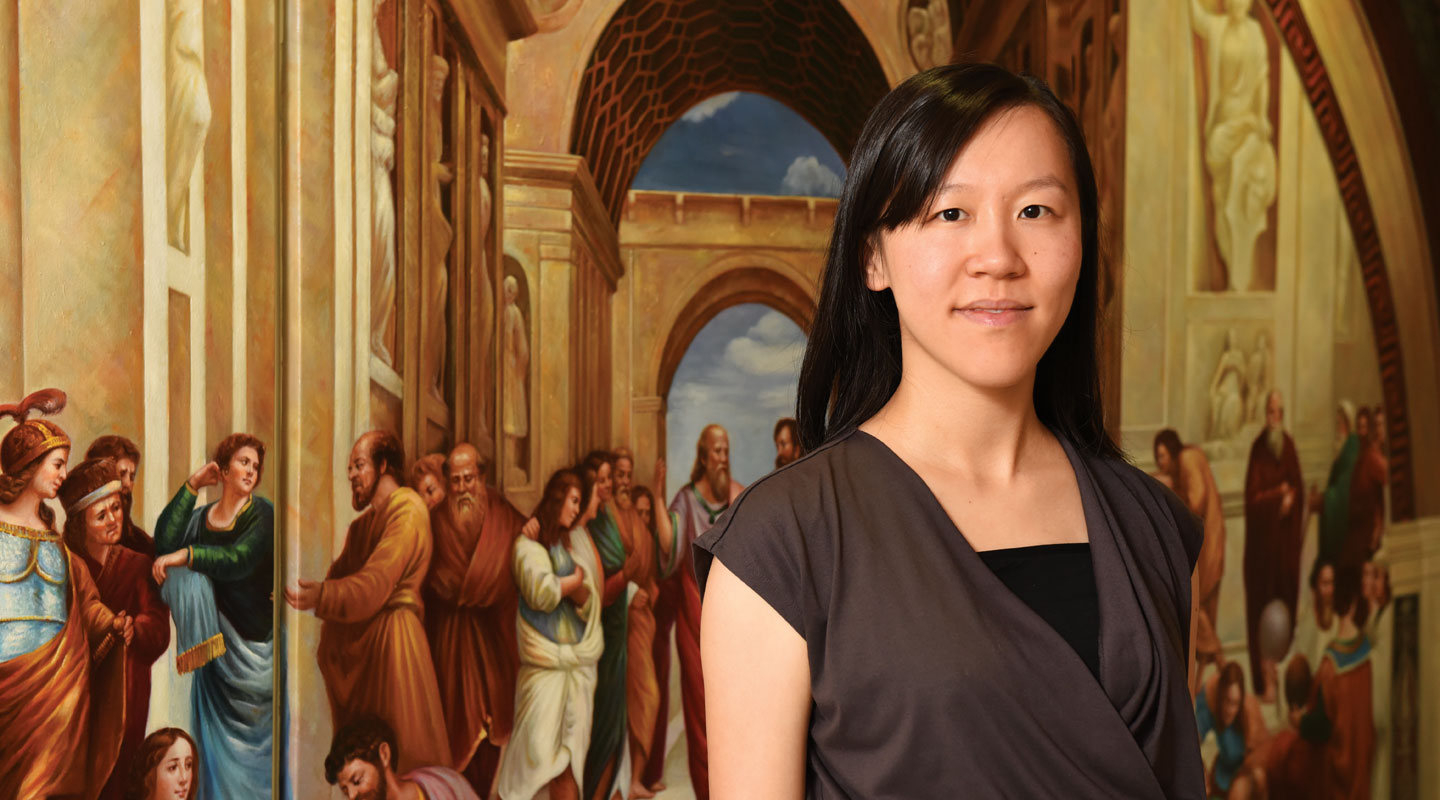 The Joys and Anxieties of a Humanities Education 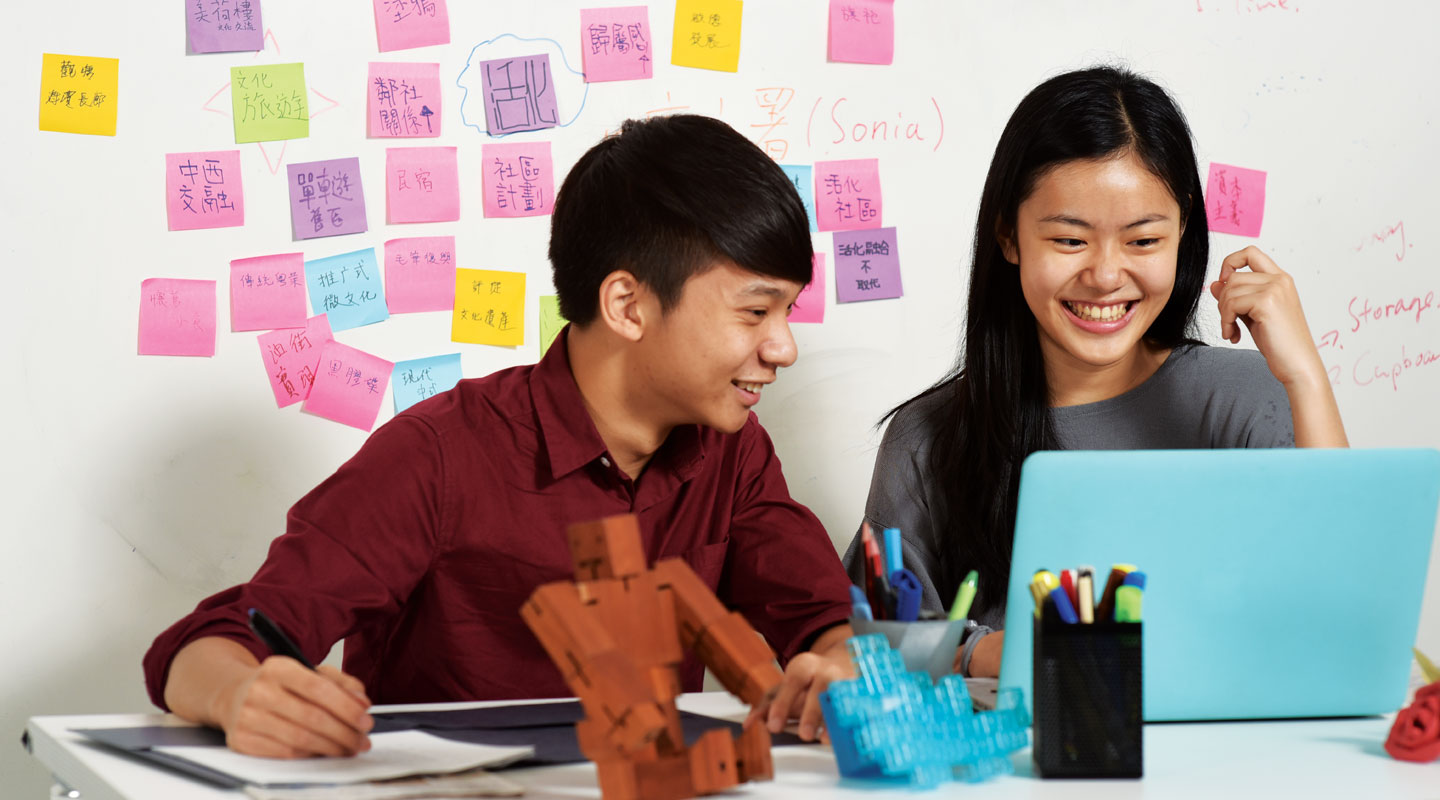 In Praise of Staycation 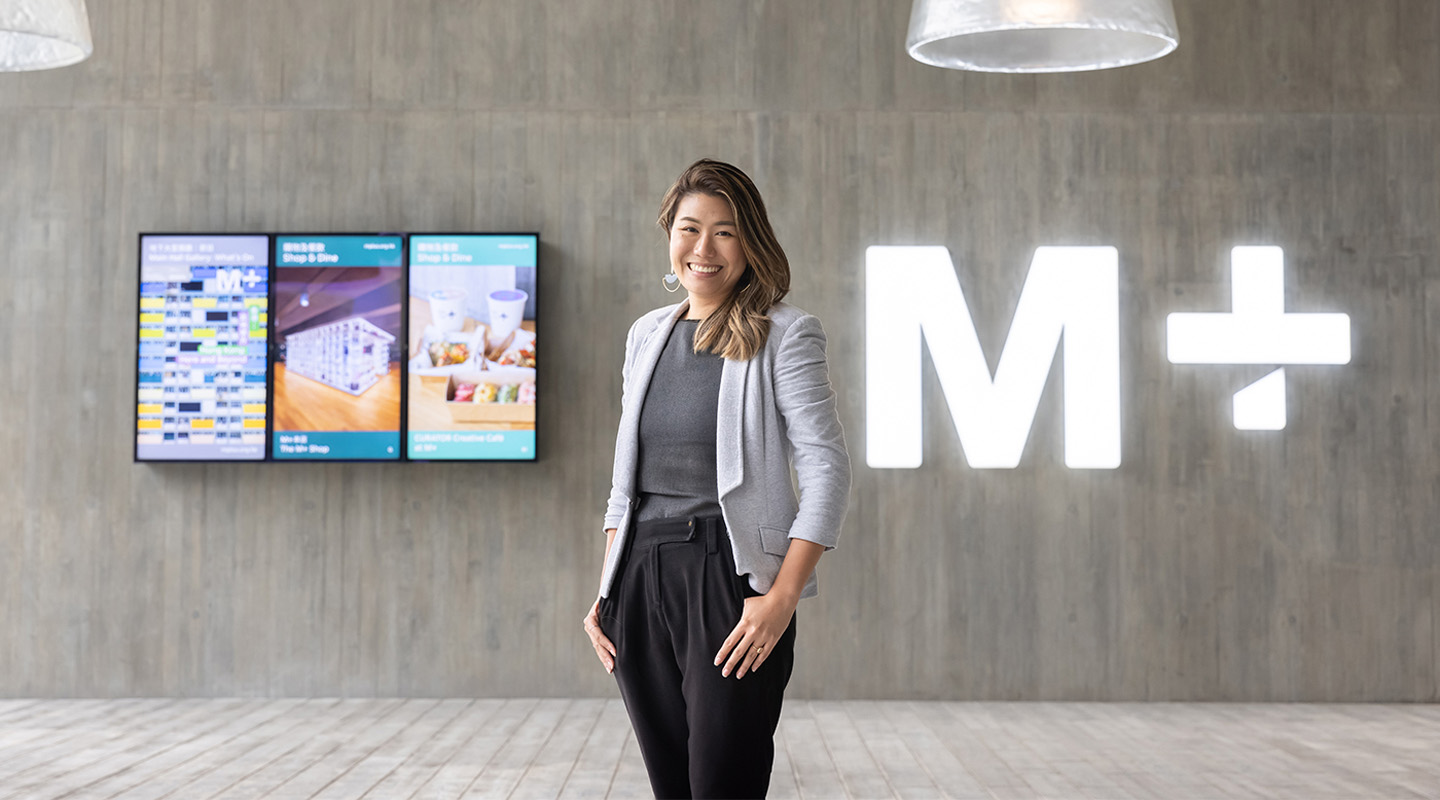 Mastering the Art of Curation