Hitting Bull’s-eye with Bullets from another Gun

It’s the way of the world that we lose our grey matter as our hair turns grey. Or is it?

We accept that the process of ageing makes it difficult to maintain our memory. Our brain gradually breaks down. Perhaps, however, it is not so inevitable after all.

A class of drugs can halt and even reverse brain-cell ageing. CUHK health-sciences researcher Prof. Owen Ko has demonstrated that the drugs, originally developed to treat Type 2 diabetes, can counteract age-related deterioration in the brain. This raises the prospect of developing drugs that could ward off conditions such as dementia, Alzheimer’s and Parkinson’s disease.

Professor Ko’s curiosity was first piqued by the use of diabetes drugs to target the GLP-1R gene, or glucagon-like peptide-1 receptors. That’s a receptor that binds to a ligand peptide molecule produced in the intestines in response to elevated blood sugar levels. For diabetic patients, their bodies don’t produce enough, leading to hyperglycemia.

The risk of developing Alzheimer’s or Parkinson’s is lower for diabetic patients treated with GLP-1R drugs. That welcome but surprise effect stems from the detective work of Professor Ko and other researchers scouring through clinical data from the last decade.

‘We observed the drugs have unexpected neurological benefits,’ Professor Ko explains. ‘This brings up a lot of interesting questions. If we understand how that happens, can we extend the use of the drug to benefit another class of patients? And if we understand the mechanisms, can we develop something with even better effect?’

A team at University College London has demonstrated in pilot trials that the diabetes drug Exenatide slows down the deterioration of motor control for patients with Parkinson’s. UCL research also shows the drug appears to slow the devastating neurodegenerative condition called Multiple System Atrophy.

‘I wanted to understand how this works,’ Professor Ko recalls, by examining the cellular pathway changes that happen in ageing. ‘Does the drug reverse certain important processes of ageing? That’s pretty much what we found.’

The CUHK research has already demonstrated the effects in mice. It’s far easier to conduct studies on ageing in such short-lived species, since mice are young adults by two to three months of age, and only live around two to three years at most. So a 20-month-old mouse is a 60-something in human terms.

Glial cells known as astrocytes regulate the flow of blood into the brain, ‘asking’ capillaries to dilate, stimulating blood flow to the area. In neurodegenerative diseases, the astrocytes change in a way that both impairs their function and also gives them toxic functions.

‘They become worse at doing their job,’ Professor Ko explains. ‘At the same time, they may mediate neural inflammation, which would be damaging to the neurons and other brain cells.’

Treatment with a GLP-1R drug can halt these negative changes, and even reverse their course. Professor Ko’s next piece of detective work was to uncover why.

The blood-brain barrier plays a vital role in the body, with cells acting as a barricade that prevents toxic substances from getting into the brain. As we age, that barrier becomes more ‘leaky’, allowing unintended and harmful substances to cross into the brain.

The GLP-1R drug produces a physical change that restores the effectiveness of these blood-brain barrier cells. As a result, the integrity of the barrier improves. That in turn allows the brain to recover.

Vascular dysfunction is a particular problem in a whole host of neurodegenerative diseases. In sufferers, the blood-brain barrier gets even worse at its job, often at a younger age. One highly encouraging aspect of this class of drugs is that it restores function of the brain in general, so it can benefit a wide range of people.

‘Our data suggest a GLP-1 agonist could be useful to all ageing patients who develop problems with vessel with their brain,’ Professor Ko says.

Professor Ko has found a kindred spirit in Bonaventure Ip, another doctor at the Prince of Wales Hospital who is a clinical tutor in CUHK’s Department of Medicine & Therapeutics. Professor Ko is an assistant professor in the same department, and works at the same hospital.

Ip, as a practicing doctor, was observing the beneficial effects of GLP-1 drugs on the brain in patients at the hospital. He had already noticed that diabetic patients treated with that class of drug were seeing less vascular deterioration, some even seeing improved brain function.

‘Entirely independently, Bonaventure was looking into this. He guessed from clinical speculation that GLP-1 agonists might work, and we provided the scientific proof of concept and validation,’ Professor Ko explains. ‘It’s good to have scientists and clinicians involved because we converge.’

The CUHK team are in the process of filing to launch clinical trials in humans. Such a test would take two to three years to conduct, given the long-term nature of the effects being studied. During the trial, Dr. Ip and Professor Ko would be looking at magnetic resonance imaging (MRI) scans to see if, after drug treatment, the small-vessel vasculopathy of the brain becomes less severe.

He will also be attempting to establish the mechanism of what is happening. Understanding the cellular pathways, and the genes being upregulated or downregulated, could explain if the effects can be similar on other types of glial and neuron cells. Understanding the mechanics could lead to the creation of whole other classes of drug.

Professor Ko has a team of 16 working in his lab. He is quietly confident their work will yield positive results if and when their work is applied to humans rather than mice. What’s more, the social burden is great from conditions such as vascular dementia and Alzheimer’s, which gradually remove the human dignity from their sufferers.

‘Very often, you cannot translate findings into human clinical trials,’ Professor Ko says. ‘In this case we think it’s worth a shot.’ 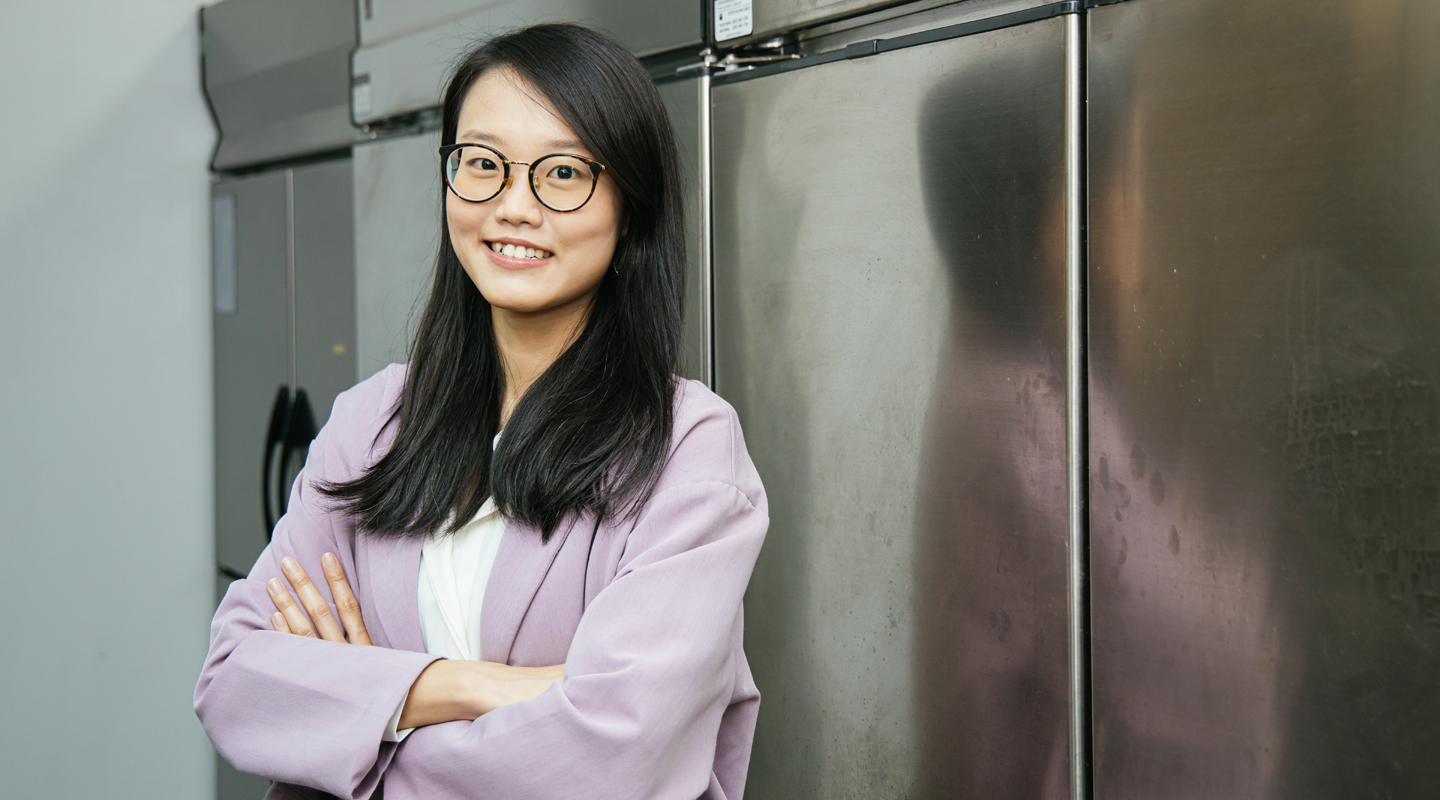 The Battle against Brain Degeneration
Grey But Not Frail