With a middle-class background and good education that got her a position in the university, Prof. Emily Chan has what it takes to live a comfortable and respectable life. But she is found more often in disaster-devastated areas than in air-conditioned offices or classrooms. Post-quake Nepal was one place where she carried out her work; some place high on the Qinghai-Tibetan Plateau was where she gave public health lessons to her students or the natives, when she would squeeze a few minutes to call home to tutor her daughter for the dictation next day. Her friends don’t often see her over fine wine and food, and her last Chinese New Year was spent lecturing at Harvard, accompanied by her family.

From Laboratory to Field

Emily studied biomedical engineering at John Hopkins University, and had medicine in sight. During the first two years, she had to spend eight hours a week in the laboratory but she didn’t really enjoy it. ‘I completed the tasks and wrote the papers. But I was bored to death.’ Her adviser encouraged her to see the world and arranged for her to work as a junior research assistant to a UNICEF delegation to Zimbabwe, to help the children there who had nutritional problems due to a recent drought. Emily’s mother was understandably concerned, but nonetheless showed her support and paid for her air tickets.

New faces and new challenges in Africa excited Emily and kindled her thirst for new knowledge and experience. One night, learning of the imminent delivery of a woman about her age in a faraway village, Emily walked many miles in order to witness the birth of a new life, but was only able to greet the death of a premature infant. The midwife, accustomed to such an outcome, wrapped the body in cloth and handed it to the mother. Emily recalled, ‘The fatigued mother crawled across the room and held the baby up to me. I did not know what to do, but nonetheless took a glass of warm water and started to wipe the blood from the baby’s face, and tried to resuscitate it.’ Emily did that for more than 10 minutes, until the mother pulled at her hand, nodded and then took the body back.

Emily walked for another three hours to return to the camp site. She did not recall how she felt. The only thing she recalled was the full moon that weighed down on her head. When she saw the first human being at the camp, a German nurse from the delegation, she broke down. ‘She comforted me by saying that I had already done the best in that difficult situation. During the eight weeks in Zimbabwe, I was so impressed and inspired by the passion and rationality demonstrated by the delegation that I made up my mind to commit myself to humanitarian relief. That led me to study public health at Harvard later.’

Several years later in Thailand, Emily experienced another life-changing moment. She joined a nurse of Médecins Sans Frontières to visit a terminal AIDS patient lodged under a shabby house in the ghetto. Abandoned by his family, the man, reduced to only 60 pounds with scabs and puses all over his body, was literally left to rot. The nurse chased away the rats nibbling at the man, put on her gloves, and started to wipe his body and dress the wounds. ‘She did all that in tender silence. Blurry with tears, I could see an angel who gave dignity to a dying patient despised by the whole world. Good Samaritans are anonymous.’

As Emily witnessed more disheartening scenes, she gradually developed her own philosophy. ‘Life is illusive. I’m concerned about how to make the best out of adversity, or how to enhance the quality of the remaining hours of a life slipping away in front of me. Yes, I sound positive—not that I don’t understand how cruel reality can be, but the darker the outside gets the more important it is to keep the light shining within.’

Does Emily simply go out to rescue with tools in her knapsack or bring students to provide nursing care for the wounded in disaster areas? She explains, ‘CCOUC is a platform for research, education and knowledge transfer. Seventy per cent of our effort is evidence-based international collaborative research on disaster preparedness of high-risk areas, namely, Asian villages on the earthquake belts and in flood-risk areas, in order to minimize damages. When these areas are struck, we will provide technical support in medical and public health aspects. We will also review the level of disaster preparedness.’

CCOUC’s online programme ‘Public Health Principles in Disaster and Medical Humanitarian Response’ reaches out to more than 3,000 participants worldwide, about 10 of them are from Nepal. The centre responded promptly to their call for training support after an earthquake hit Nepal in 2015, and sent a team to help train 59 NGOs within eight weeks. Back in the WHO Eastern Mediterranean Region Consultation Meeting held in Amman in 2013, CCOUC was recognized as the only expert English-speaking academic team in China and the Asia-Pacific region which could contribute to the development of academic curriculum and training on emergency risk management and of a protocol for health emergency risk assessment.

Emily always reminds her students not to assume the superior role of a giver or a reformer. ‘They are not volunteers, but learners, and their teachers are the villagers who kindly allow us to walk into their homes and learn about their lives. We as receivers are in no position to impose instant changes on them in a brief visit, though our suggestions like quit smoking or washing hands for hygienic reasons are scientifically sound.’ Only students with basic knowledge in public health and nursing skills are selected for training. A high level of sensitivity is also required to curb disaster tourist behaviours.

Travelling expenses are needed to get any overseas fieldwork off the ground. Soliciting air ticket sponsorship for students has become a key task for Emily. Her father, paediatrician Dr. Chan Chok-wan, has set up the Mrs. Catherine SW Chan-Kwok Prize in Humanitarian Field Work Endowment Fund named after his late wife, to help students gain more exposure as Emily was able to get from her mother years ago.

CCOUC was established under a CUHK-Oxford collaborative agreement and depends mainly on donations for its operation funds. Foreseeing an expanding scope for disaster and humanitarian relief, Emily hopes that it will become an academic discipline of the University. ‘I wish to see more young people taking courses in disaster relief and bring vigour and new ideas to this field, and contribute to our community, our country, Asia and beyond as global citizens.’ 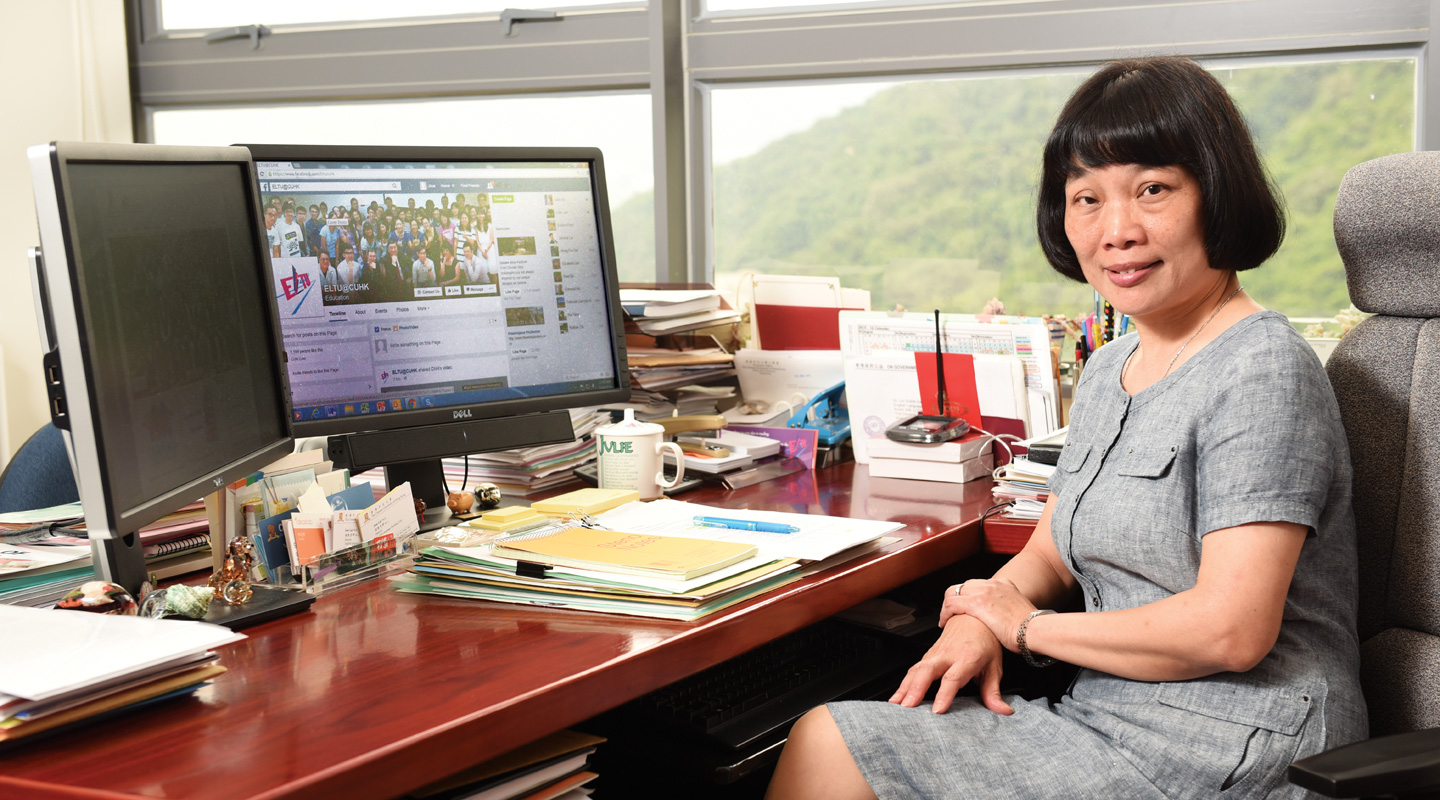 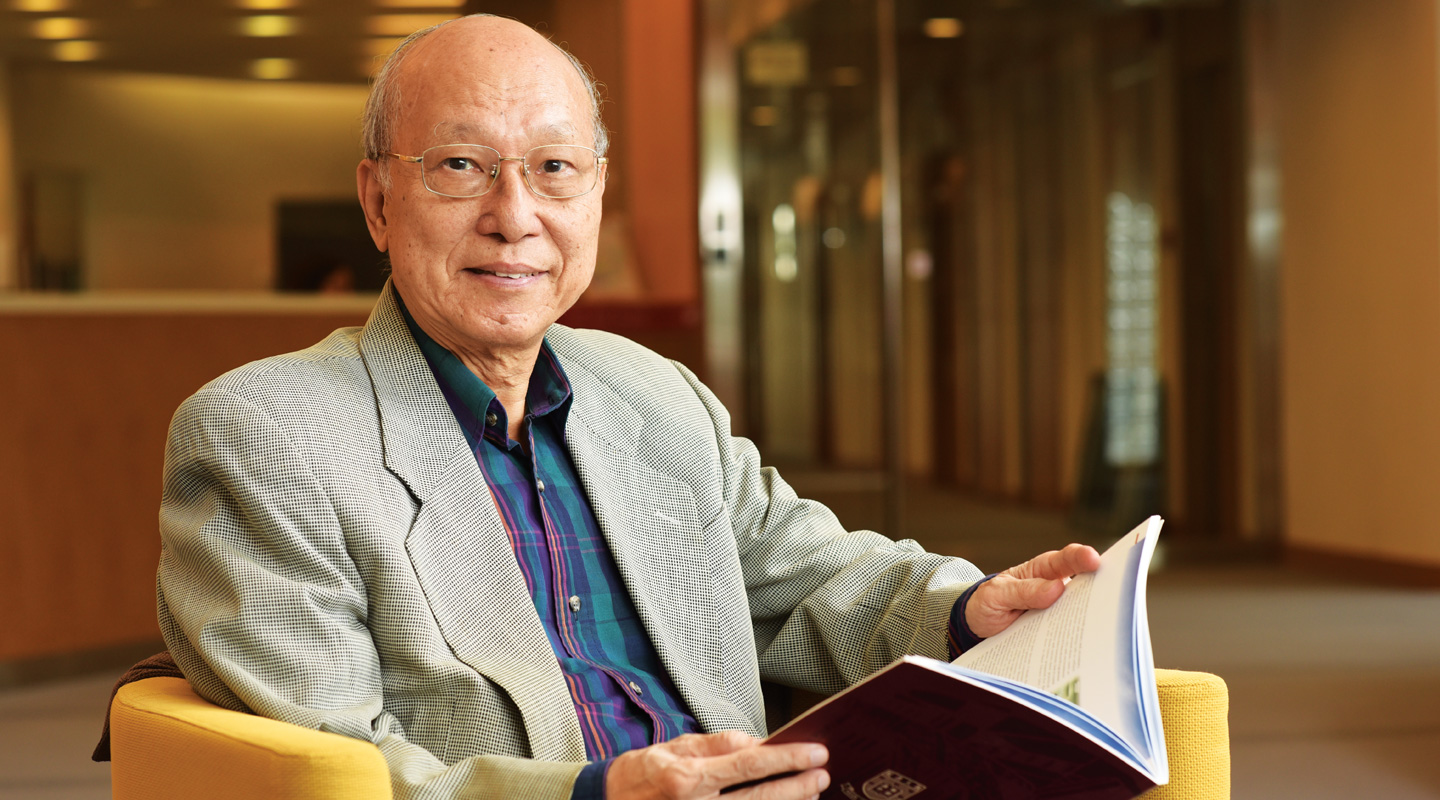