Published in spring each year, the bilingual yearbook reports on the University's major events and developments in the previous academic year. 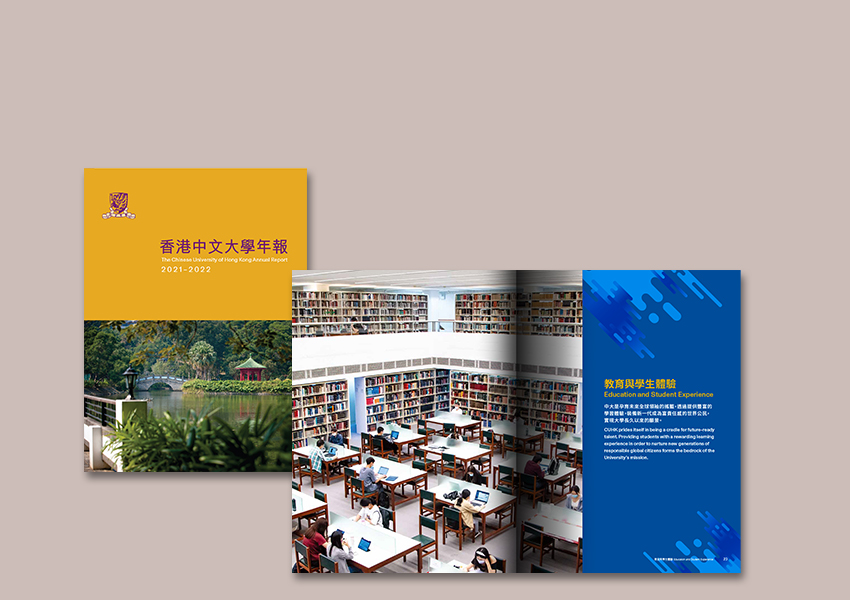 The Chinese University of Hong Kong has published reports on its governance and operation since its earliest days. The first volume, titled The First Six Years, covers the years 1963 to 1969. The second volume, titled The Emerging University, chronicles the years 1970 to 1974, while the third volume, titled A New Era Begins, narrates the happenings in 1975 to 1978. From 1979 to 1993 the report is published with the title Vice-Chancellor's Report. They appeared at irregular intervals, there being five issues, covering the periods 1978–82, 1982–85, 1985–87, 1987–90 and 1990–93 respectively. From 1993 the report has been known as the Annual Report and published on a yearly basis.